These People Are Revealing the Celebrities That They Regret Ever Meeting 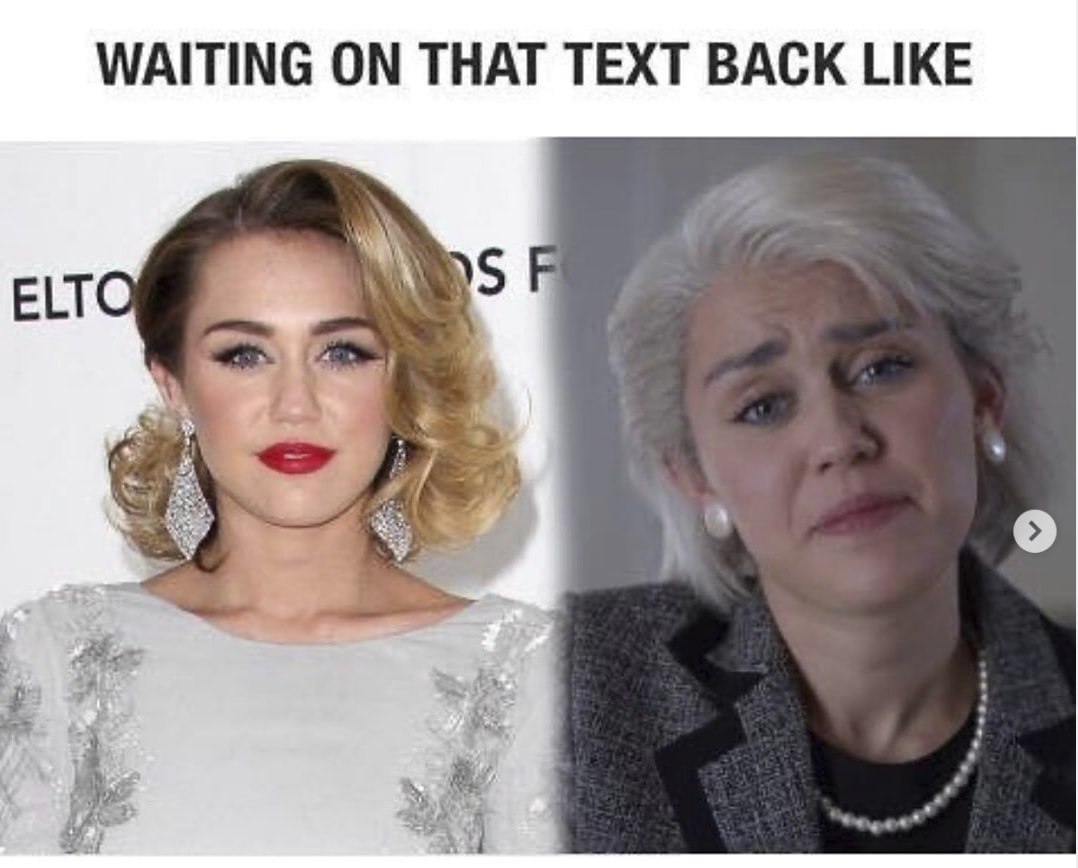 These Miley Memes Are Beyond Amazing
These Miley memes came in like a wrecking ball, didn't they? 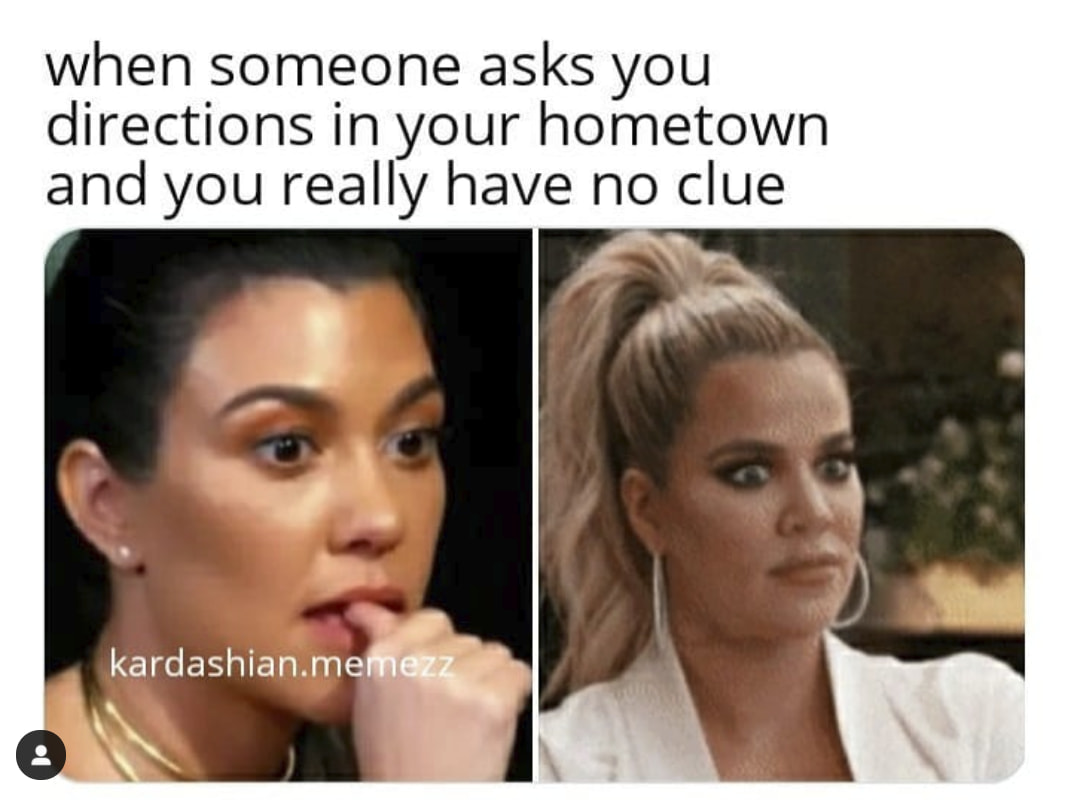 These Kardashian Memes Will Make You LOL
Let's see how good you are at keeping up with these memes. 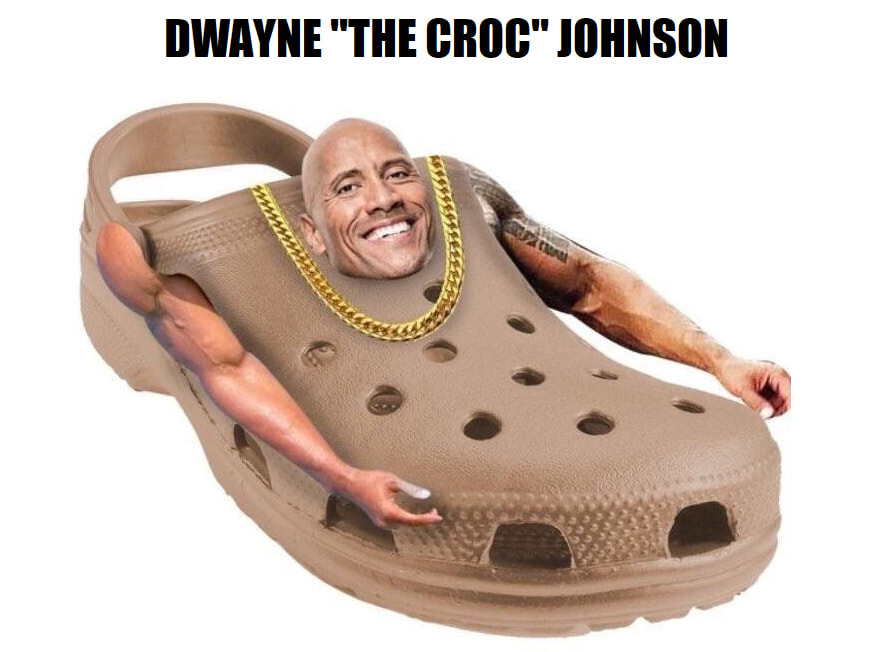 Do You Smell What These Dwayne "The Rock" Johnson Memes Are Cooking?
The Rock is the most beloved man in entertainment, and in meme-tainment as well.
Channels
news
awesome
funny
science
life hacks
More Channels
style
nostalgia
lifestyle
travel
technology
Advertisement
regrets celebrities meeting celebrities

These People Are Revealing the Celebrities That They Regret Ever Meeting 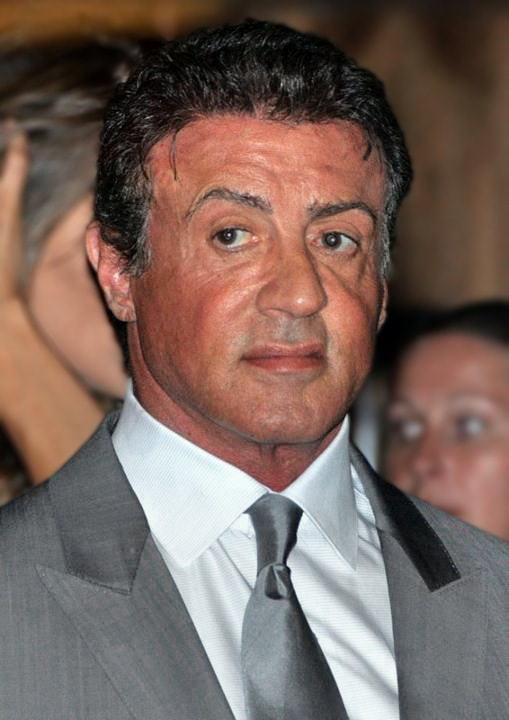 People Reveal Disappointing Encounters With Celebrities Who Aren't Nice
These stories prove you should never meet your heroes. 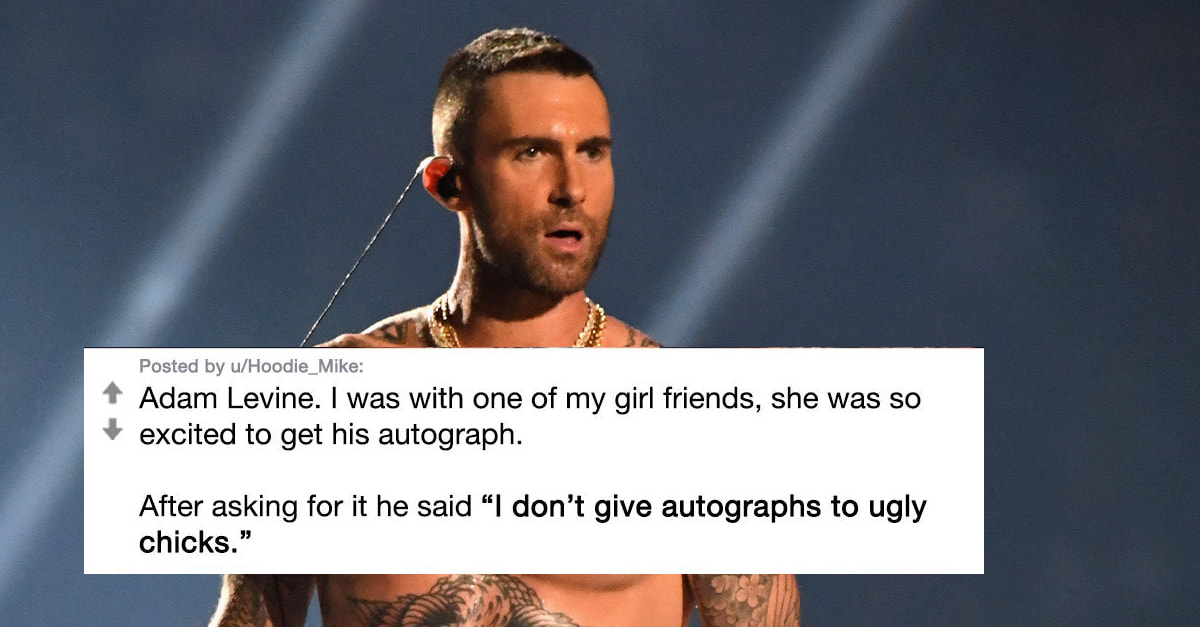 People Are Talking About the Rudest Celebrities They Ever Met
Maybe they were just having a bad day? 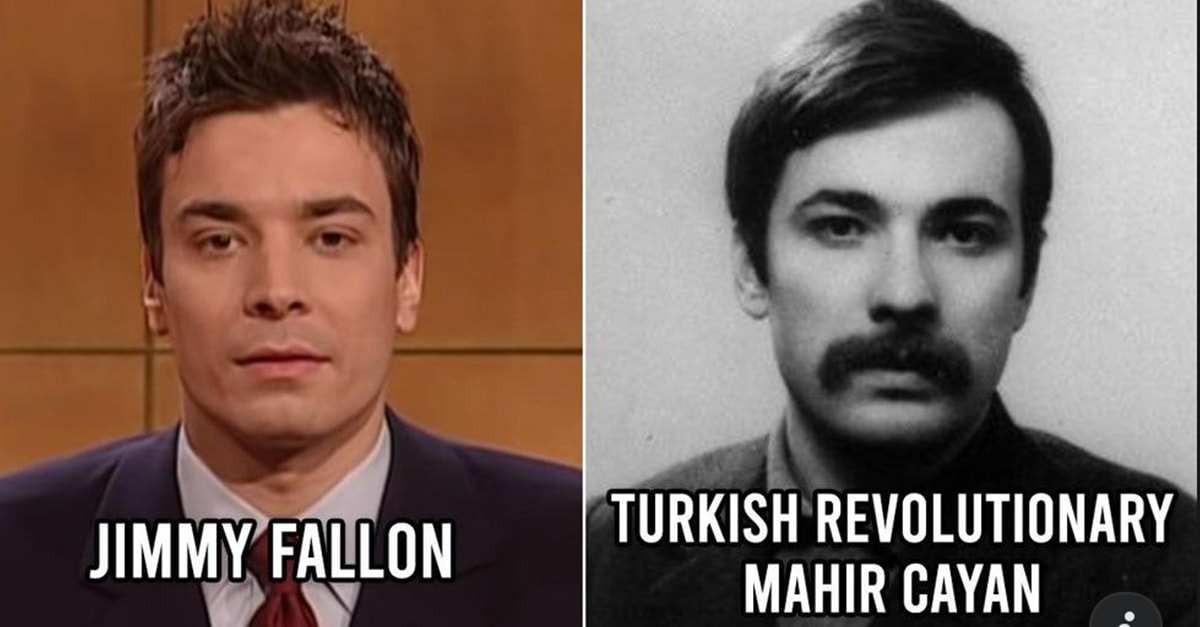 Historical Figures Who Look Eerily Identical to Modern Celebrities
Celebrities are anything but "one of a kind."
Advertisement 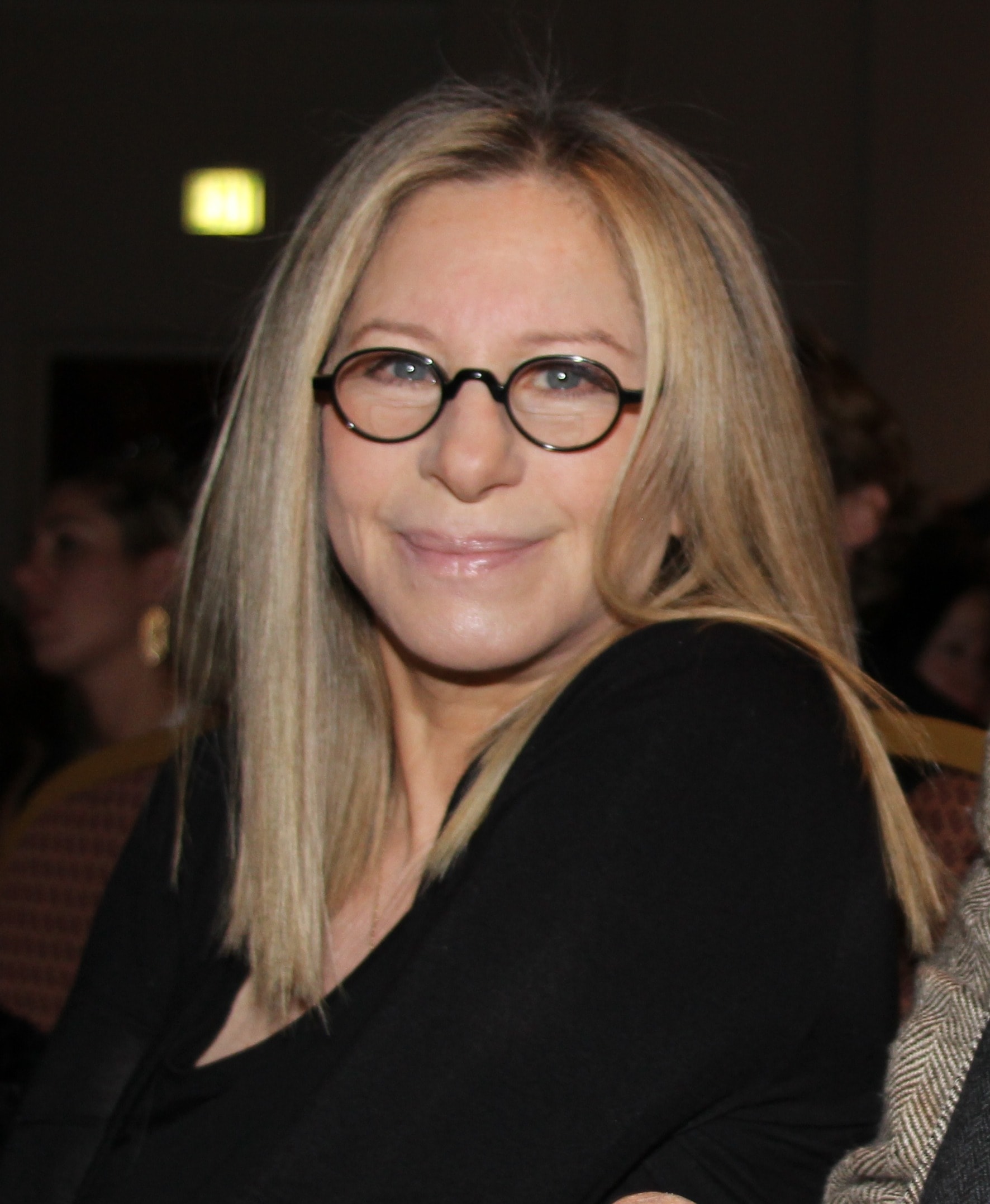 i've met lots of celebrities due to my job and where i've worked, most are just normal people.

one that does stand out to me though is barbara streisand. she was staying in a hotel i used to work at and wanted a set of small steps leading up to her bed to be made so her dog could get up there. she also wanted a fresh roll of turf brought everyday for her dog to piss/s**t on.

on the flipside though britney spears is an utter sweetheart who comes across like she just wants peace and to be left alone. she used to like having flowers delivered to her room so she could make displays etc. they were pretty good 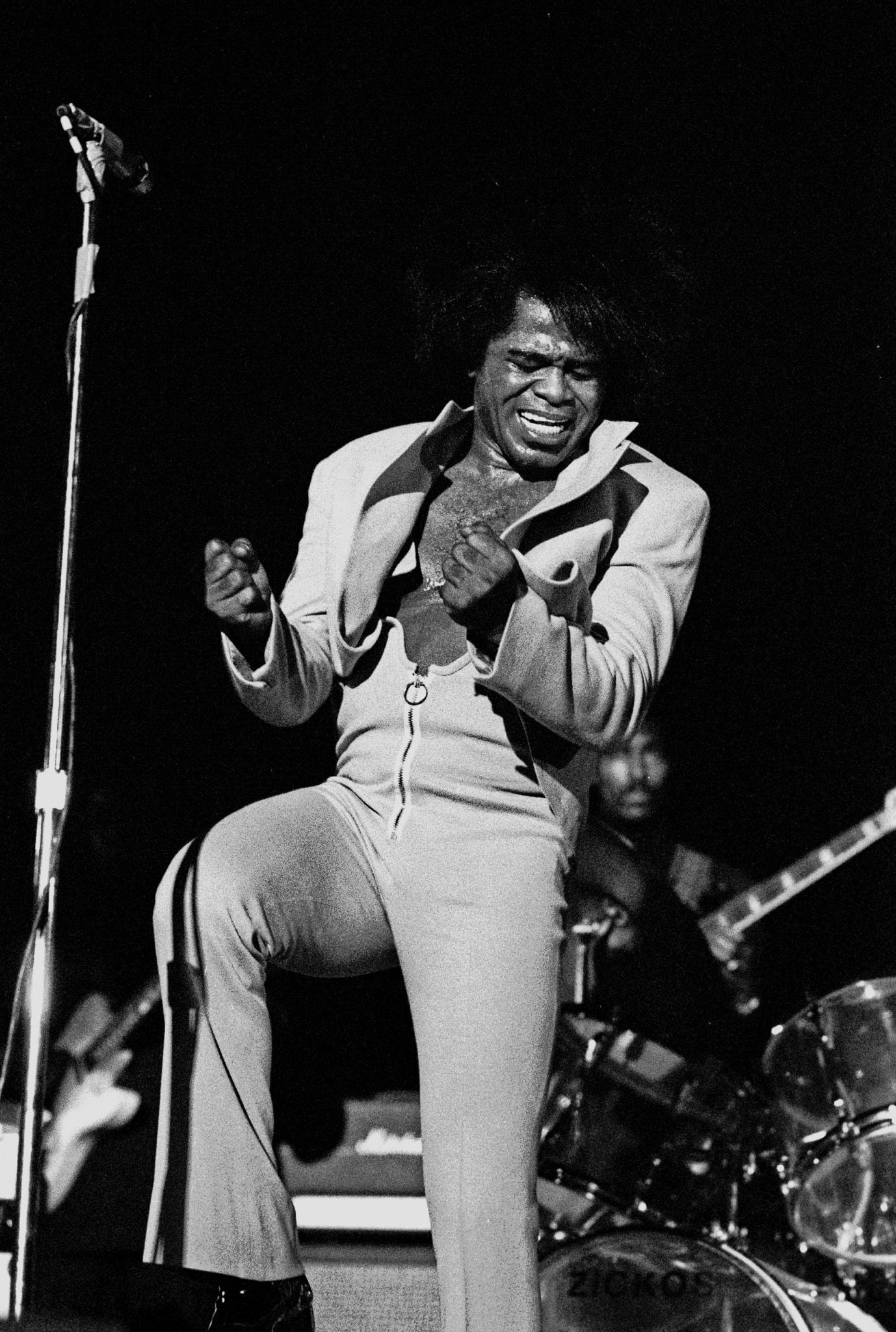 I met James Brown back in the 80s when I lived in Vail. The man was dissatisfied with everything and generally drunk. Absolute flip side was meeting Mr. Rogers when I was at Pitt. That man was the real deal. 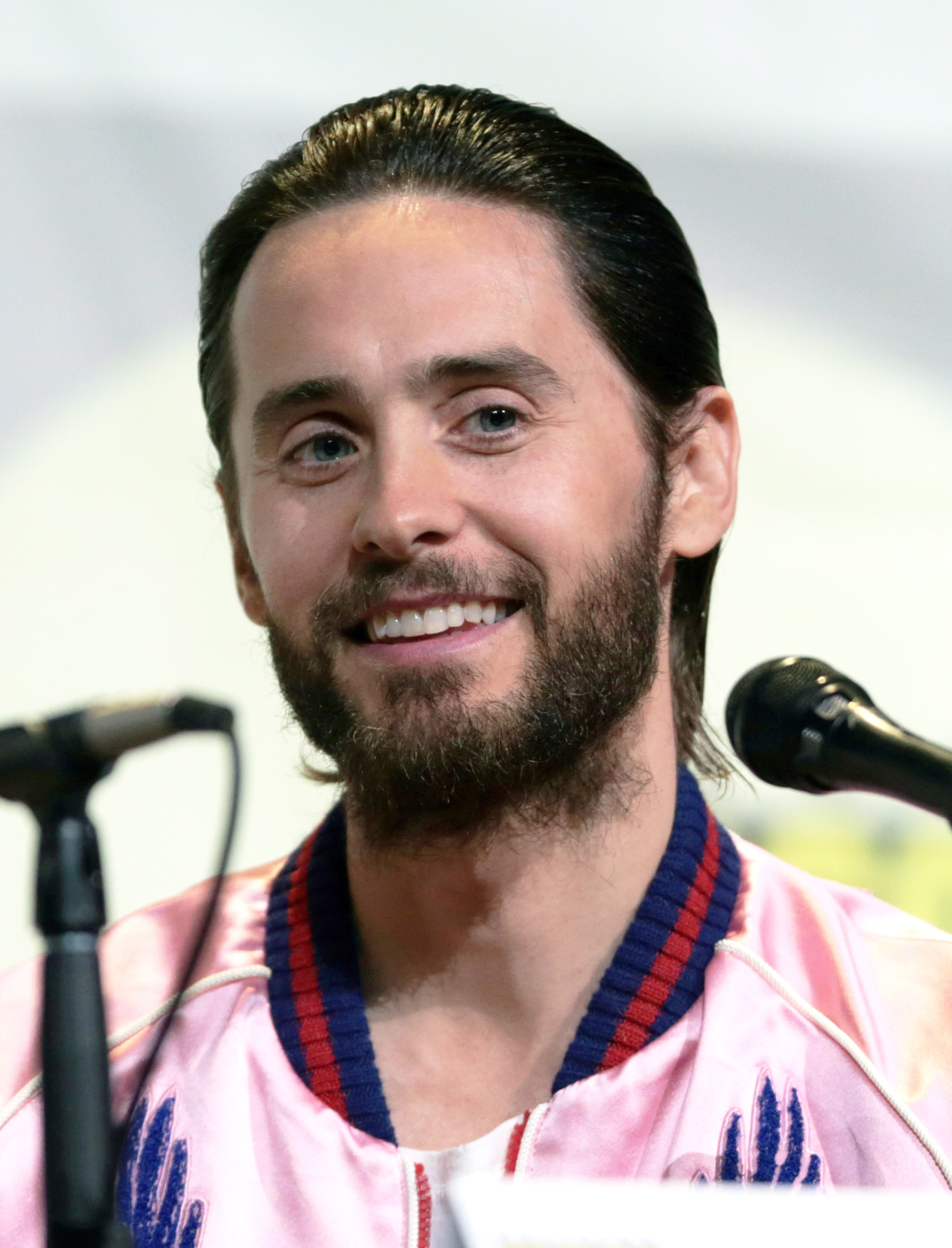 Jared Leto. I worshipped him as a teenager, mainly from seeing him in Requiem for a Dream and My So-Called Life and his band. But he was the most pretentious and arrogant person in real life. Never meet your heroes. 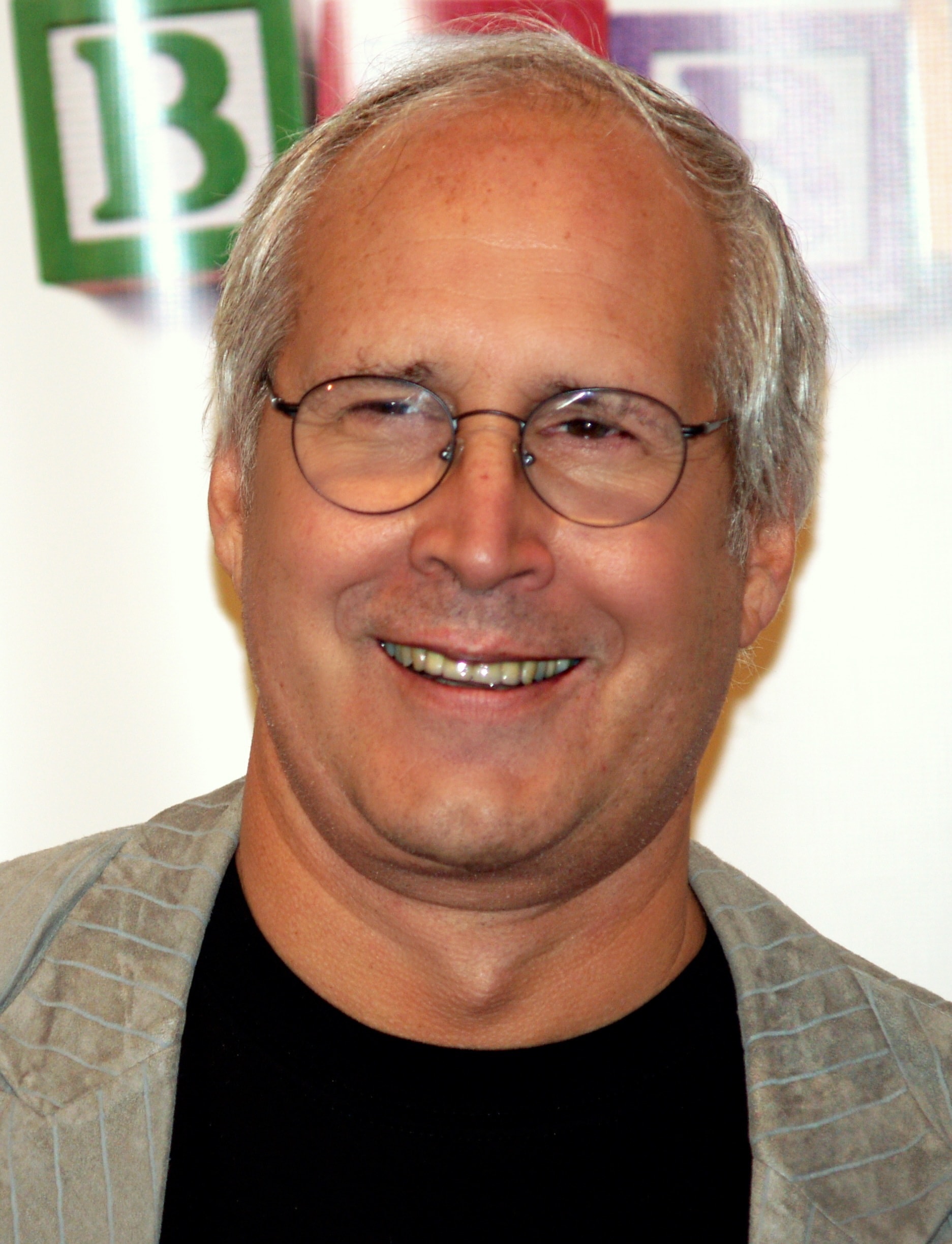 I used to work in a posh hotel in Canada (vague on purpose) and I had met many many famous people during my time there. Most were forgettable interactions honestly, but one stands out as the absolute worst. Chevy Chase. He is a trash human being. He was totally miserable and insulting to all the staff, and we treated him with nothing but professional respect and courtesy. If I ever meet him again I'll tell him to his face what a colossal piece of shit he is. I can't watch his movies since. For the record the best celebrity guest for me was Dave Grohl. He's an awesome guy. 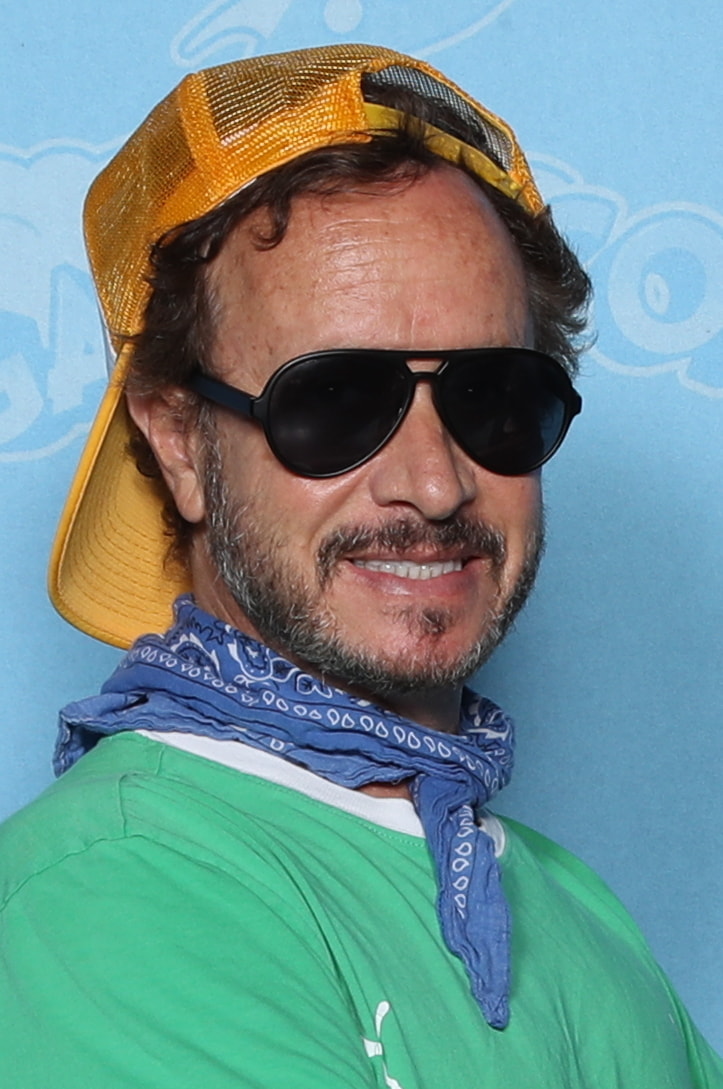 Late to this but Pauly Shore. It was mid '90s in New York City and wife and I were at a very popular Asian restaurant with a huge wait. He walks in with an entourage and tries to worm his way ahead of everyone else. He tried to play the "don’t you know who I am?" card. Hostess was having none of it, said don’t know, don’t care, you’ll wait. They left in a huff. 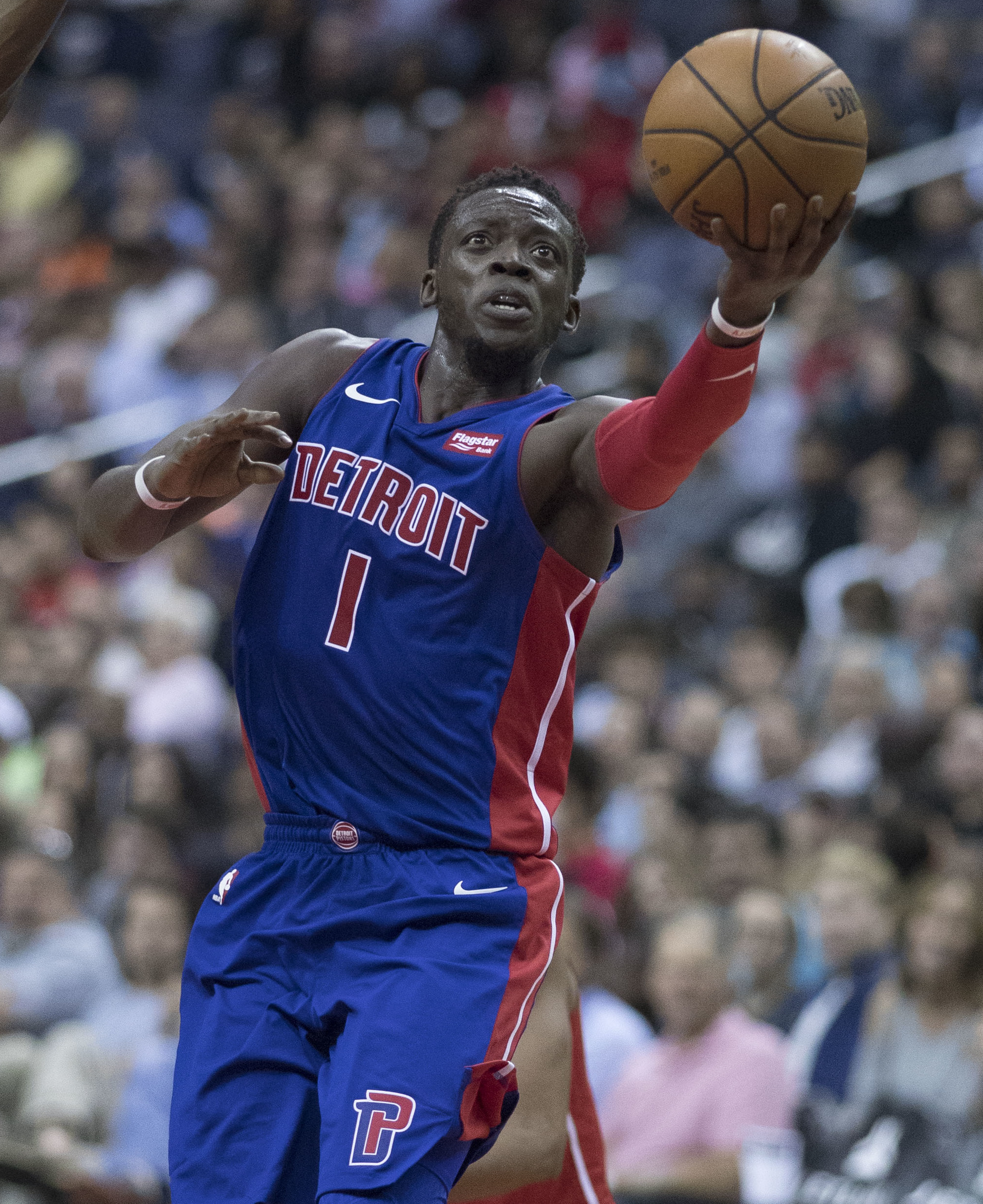 Reggie Jackson. He was a childhood idol of mine.

I got the opportunity to get a photo with him at some booth at a trade show called “Internet World” years ago during the dot com boom. No one was in line to get pictures with him so I walked up to get a photo while he was apparently trying to get the girls in the next booth over to sleep with him. He acted all bugged that I asked for a photo, even though that is what he was hired for. He rolled his eyes. I guess he thought I cockblocked him by just showing up in line to get a picture. I tossed the picture in the trash once I got it. Later that day, I got a ball signed by Steve Garvey who was super nice. He replaced Reggie Jackson as my hero that night. 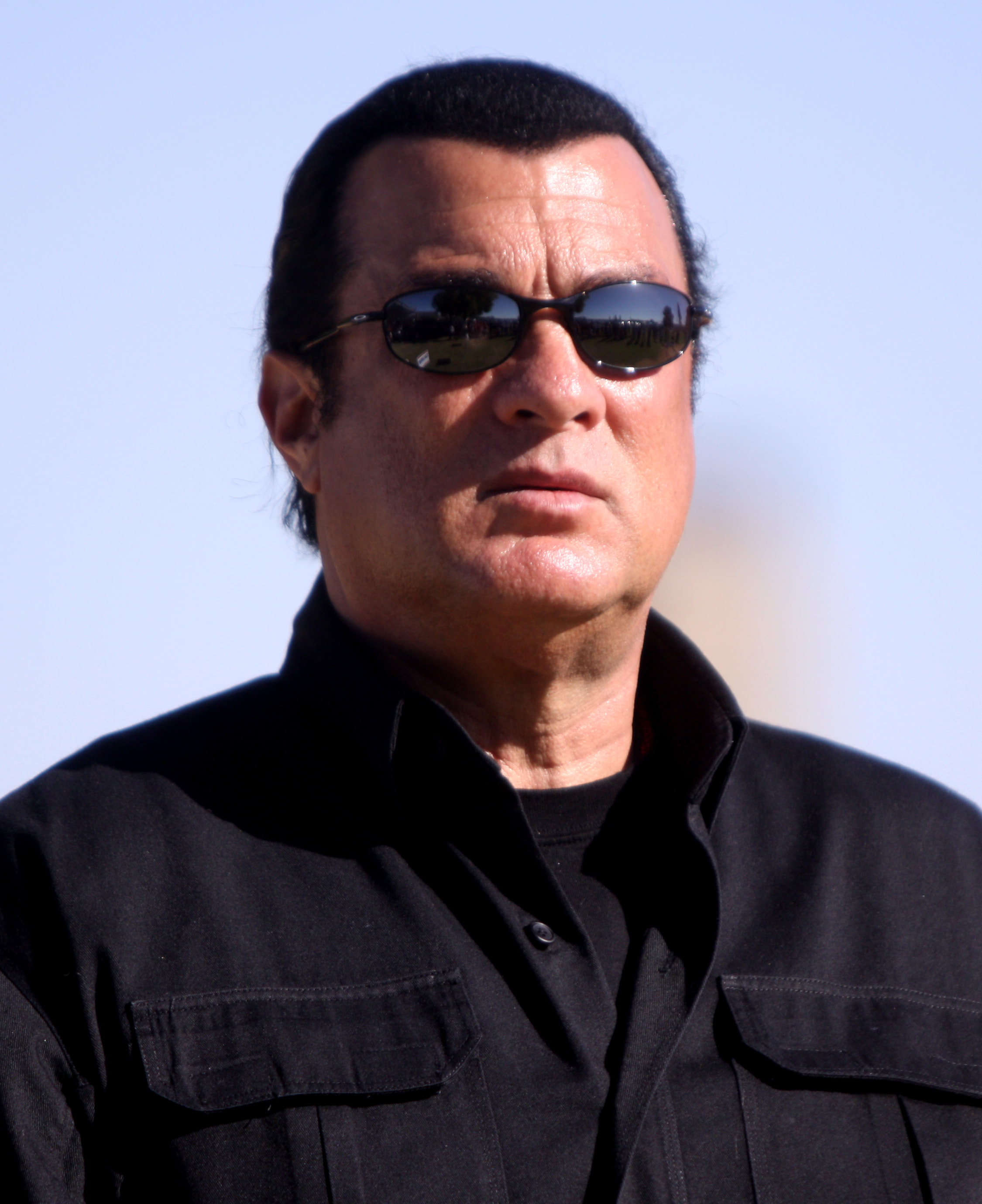 I know this won’t come as a surprise but Steven Seagal used to frequent a restaurant I worked at and the dude was a colossal piece of s**t. He just treated his very wonderful family like s**t, and it was obvious he was cheating on his wonderful wife with the Asian nanny. This f**king moron would come into a ten table restaurant, all 6’5” and 300 lbs of him, wearing a gold kimono in the south and would wonder why people were looking at him... so he made us take the entry partition down and put it around his table. He was an absolute trash human being. 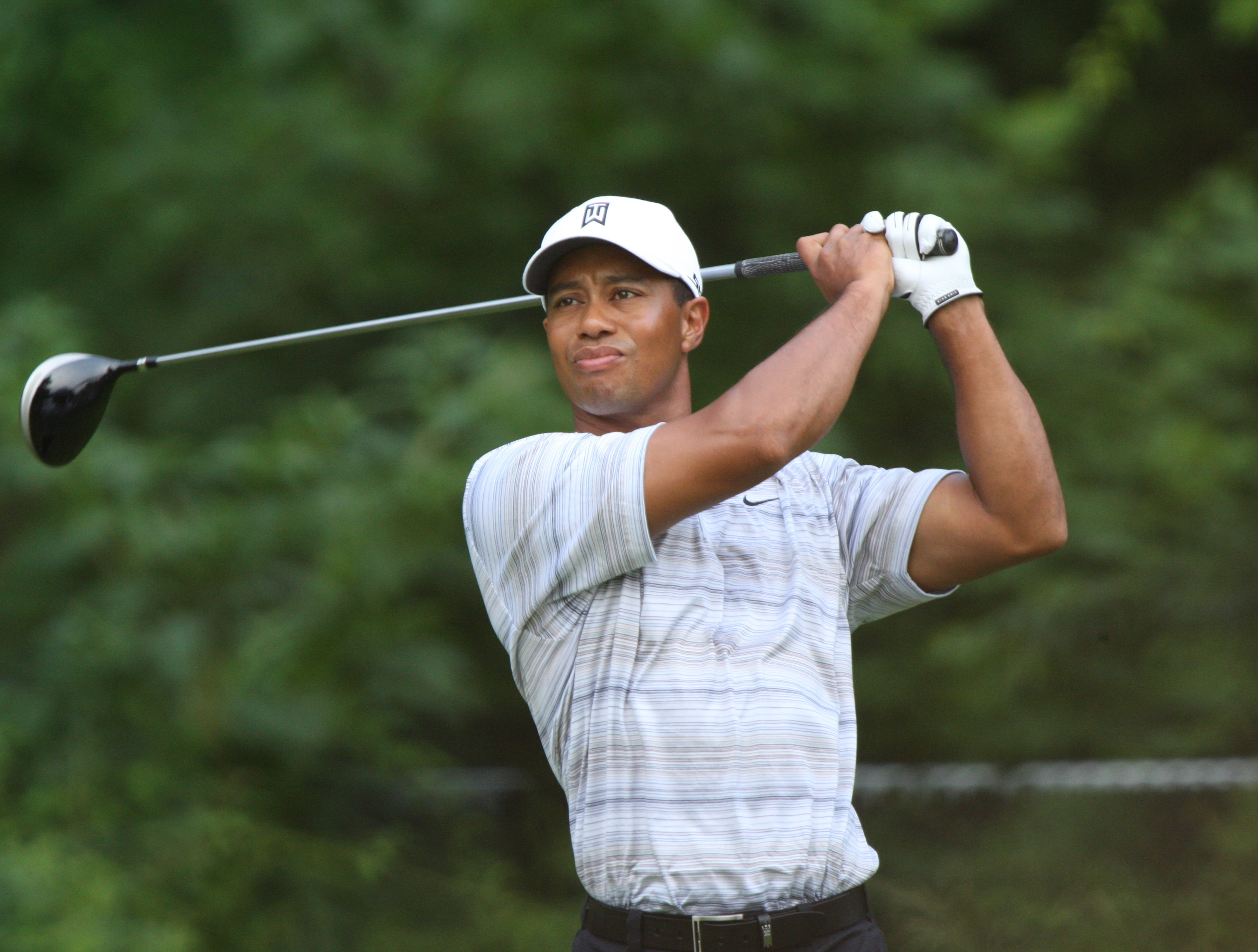 Met Tiger Woods when I was 15. He slapped my hat out of my hand. A different golfer whom I didn't know ran up, picked up my hat, and asked if his signature would be okay. I agreed but I don't know who he was or what his name was but my grandpa was pleased upon seeing it. 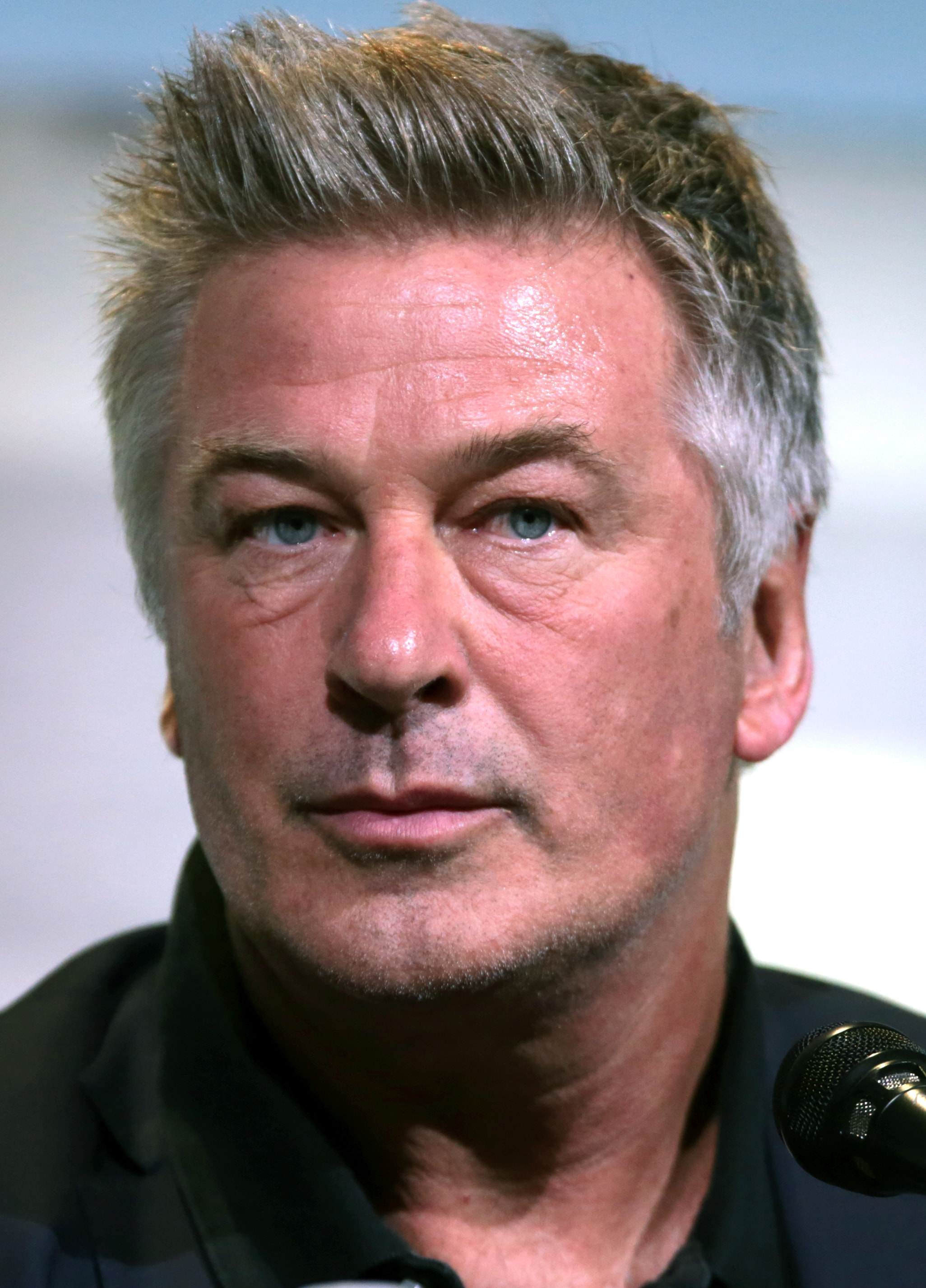 My sister and I saw Alec Baldwin, Tina Fey, and Salma Hayek on the street when we were eating lunch. They were just coming out of a car, about to go into some building next to us. We had no idea why they were together but, in retrospect, it was definitely because they were filming 30 Rock together.

My sister said, "OH MY GOD. IS THAT TINA FEY??" Alec Baldwin turned around and went right in her face and said, "Don't f*cking say that, don't speak to us, why would you say something like that? You can't speak to us, not now." But it didn't really end there, he yelled AGAIN at us outside his building, saying "DON'T LOOK OVER HERE, TURN AROUND AND EAT YOUR FOOD, F*CK OFF." He sounded genuinely furious at us. Almost like he wanted us to yell back and start something with him. Honestly, my sister was on the verge of tears. It was horribly embarrassing. Everybody knows now that Alec Baldwin has a history of screaming at people. But at the time we had no idea. Don't get me wrong, my sister shouldn't have yelled at Tina Fey like that, but the way Alec snapped was straight-up scary, like he was about to physically hurt her.

Salma Hayek and some other lady who I didn't recognize came over and apologized to us. She asked if we wanted her to go and get Tina and get her autograph because apparently Tina felt bad too, but we said no. She then talked to us about the food we were eating, which was Mexican food, and we ended up having a brief conversation about NY's lack of quality Mexican food. She was INCREDIBLY charismatic and sweet. 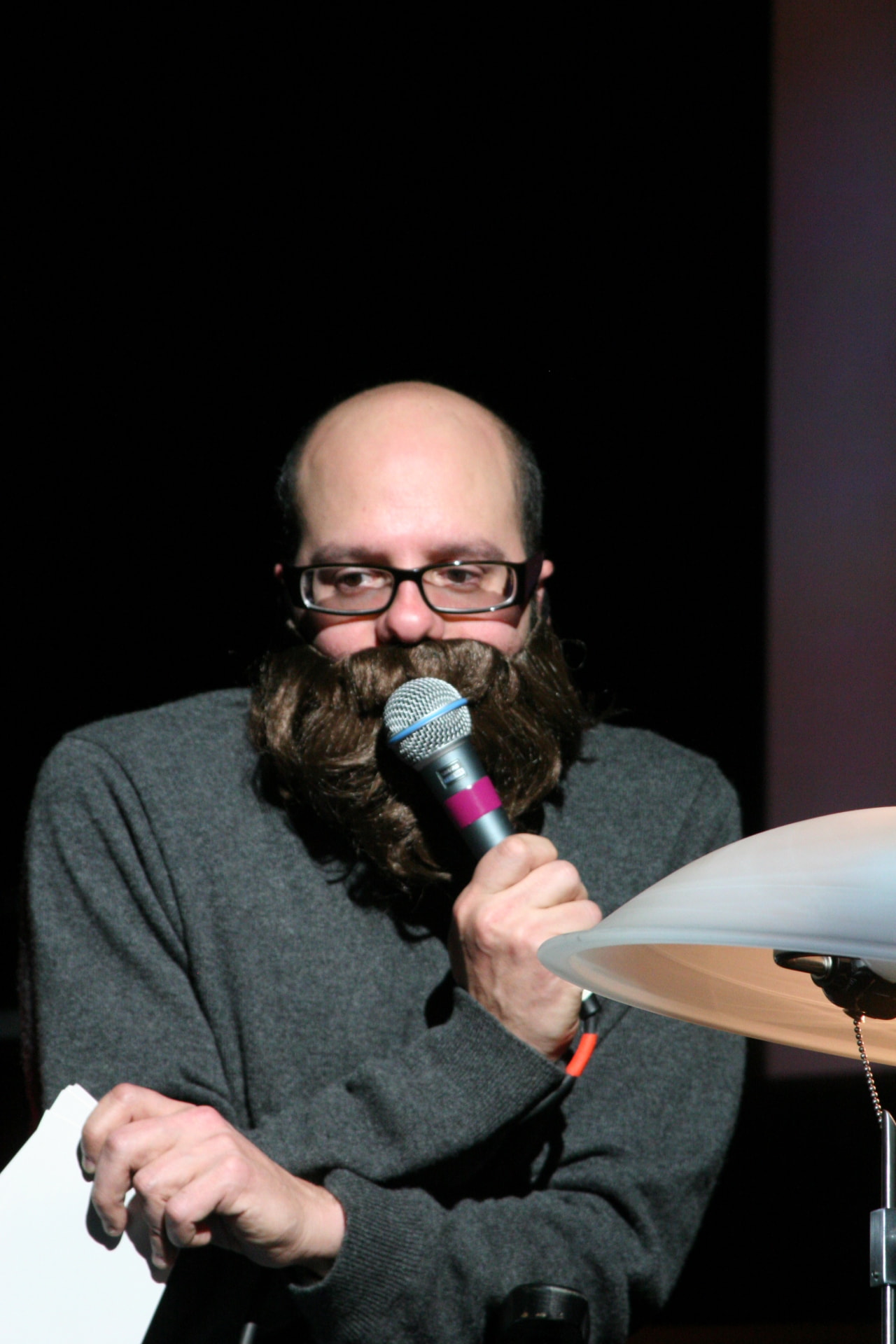 David Cross is pretty miserable. He's from Atlanta, and his sister runs a food truck in town. Her recipes were all named after David Cross/Arrested Development-type stuff. So my wife and I being fans of David asked about it, and she told us she was his sister. So for months, we chat her up any time we order food from her truck, and eventually, David's in town. She invites us to come to the food truck park to meet him, so we bring a poster from the early 2000s and are super pumped to meet him. We get there, and she's very anxious and hesitant to introduce us. Weird, but okay. "No, no, no, it's okay, I'll introduce you." She does, and he was incredibly dismissive and unpleasant. Never heard of anyone having a good interaction with him. 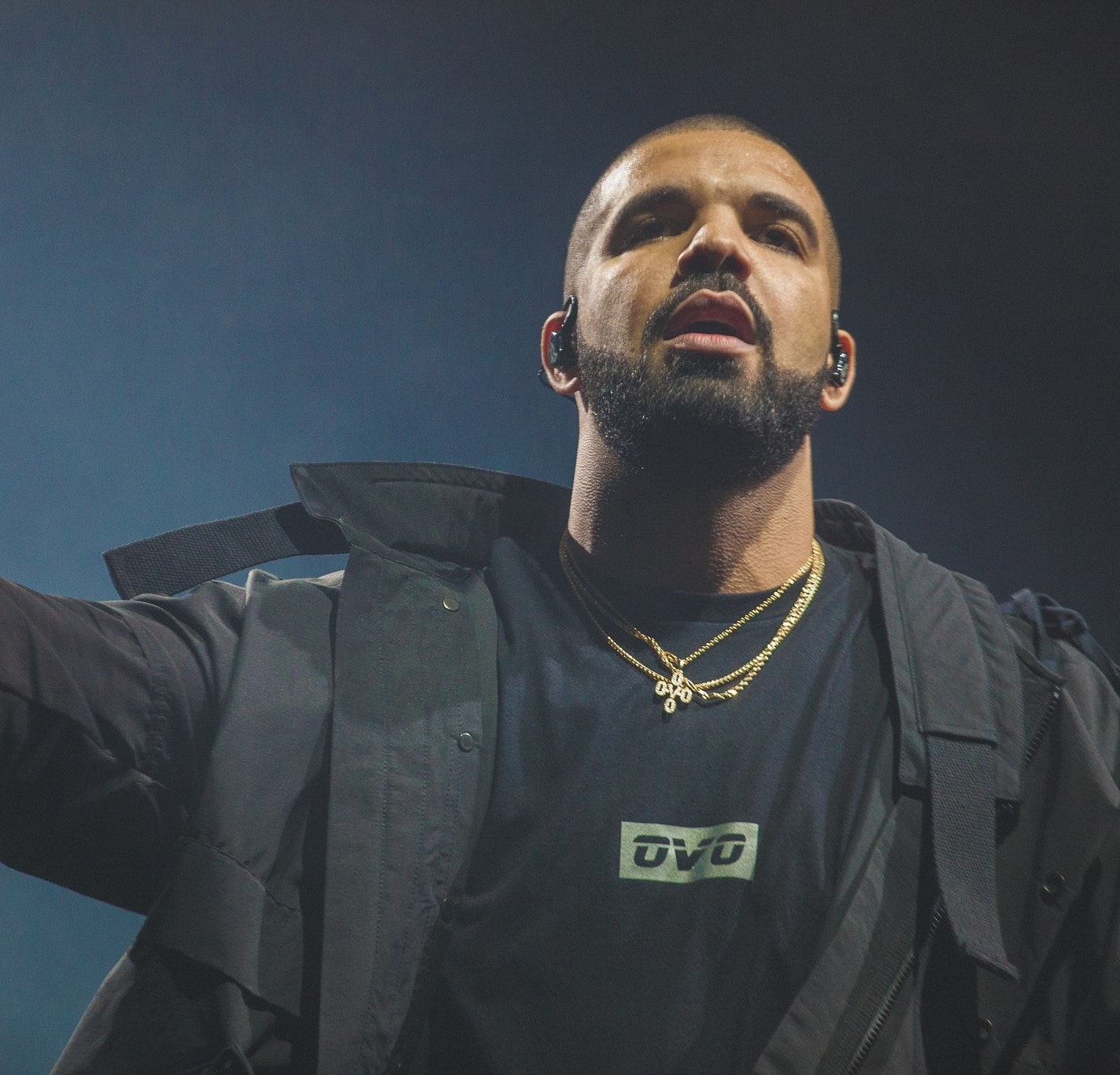 I wouldn’t say disappointing as I never was eager to meet him but Drake. Drake was just unprofessional and egotistical when I worked with him both times. This was before he got big big, first award show type level. He’s told me to f**k off directly, and I watched his mom calm him down from a tantrum. 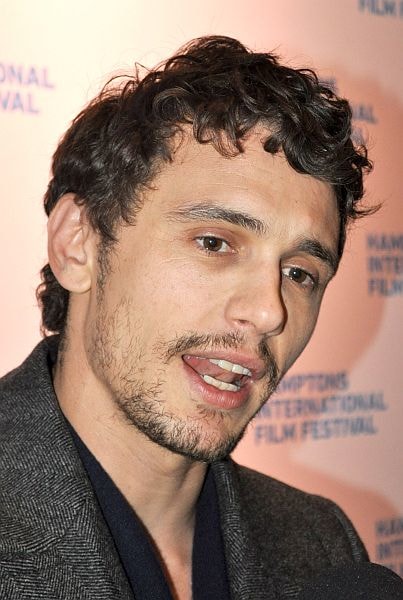 James Franco, though I technically didn't meet him but sat in on a panel he did at a film festival. I was in high school and was at the festival with three friends, when we got word he was doing a Q&A about one of his movies that had just come out, and we got really excited. We waited over an hour to get in to see the panel.

We were let into the room where we waited another 45 minutes for him to show up. When he did show up, boy looked ROUGH. It was almost 4 pm, and he looked beyond hungover. His clothes were dirty, he obviously hadn't showered, and he spent more time talking to the floor than anything else. But the cherry on top? His ego could have filled the room. Every question that was asked he made into a story about how great he was, both actor, director, and producer. I do think some of his stuff is funny, but he's a B actor at best.

I remember clear as day some woman asked him to describe a role that was "challenging for him and how he overcame it," and he just laughed at her.

The Q&A ended up being so boring I fell asleep in my chair. 0/10 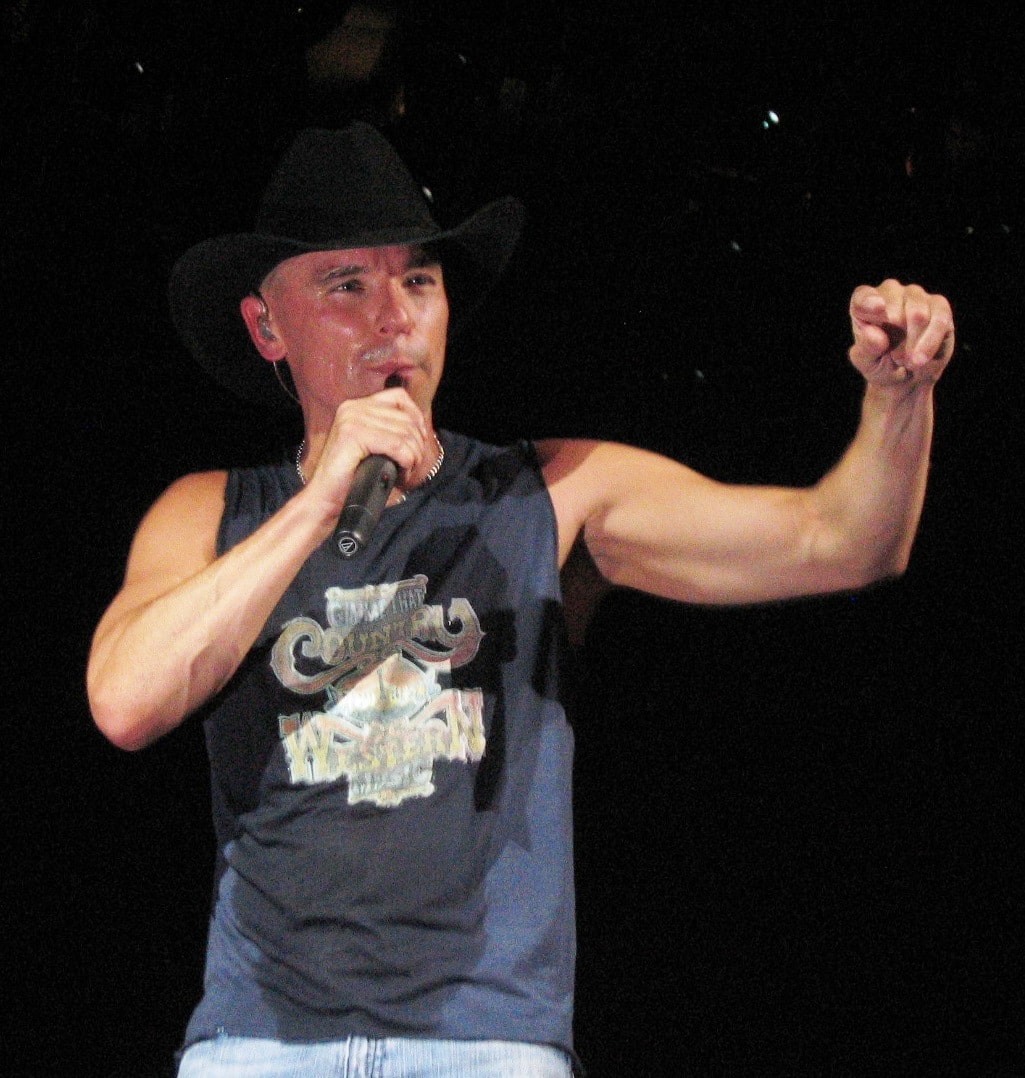 My dad has been a radio personality for over 30 years and worked in country music for over half of it. He gets to meet celebrities semi-regularly. Apparently, Keith Urban was really nice, Carrie Underwood was kind of mediocre because he caught her right after her performance and she was tired.

But Kenny Chesney "puts the D in D-bag" (direct quote from my dad). Kenny promised to sign some pictures, T-shirts, etc., for a couple of kids who won a game through the radio. Kenny instead took a bunch of groupies into one of the back rooms of the radio station with a bottle of whiskey and locked the door. When my dad tried to get him to open the door and fulfill his end of the deal, he called the cops on my dad, and he was lucky enough to get a cop who was a good acquaintance. Cop said there wasn't much he could do other than make Kenny leave. So that's what he did.

Kids never got their stuff signed so my dad gave them some coupons for free pizza. He said that after a few years, other radio hosts told him they had similar encounters. 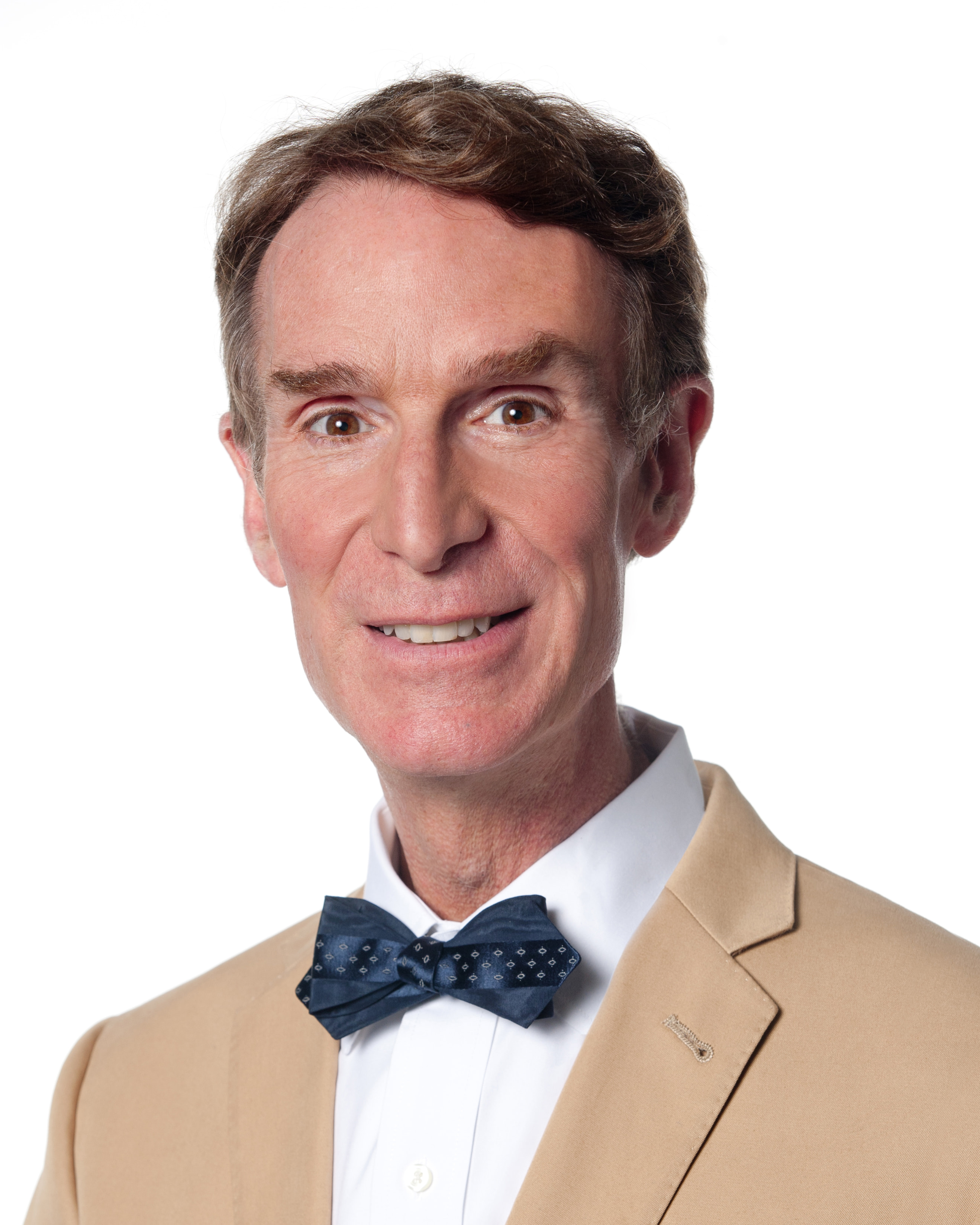 I was on a field trip in middle school, and our teacher saw him. She politely asked if he could say something to us or just say hi - we always watched him in science class. He told her to f*ck off and basically berated her for bothering him and asking him to speak to a bunch of kids.

I’m not sure if he was just having a bad day, but it was not the best experience as a child. 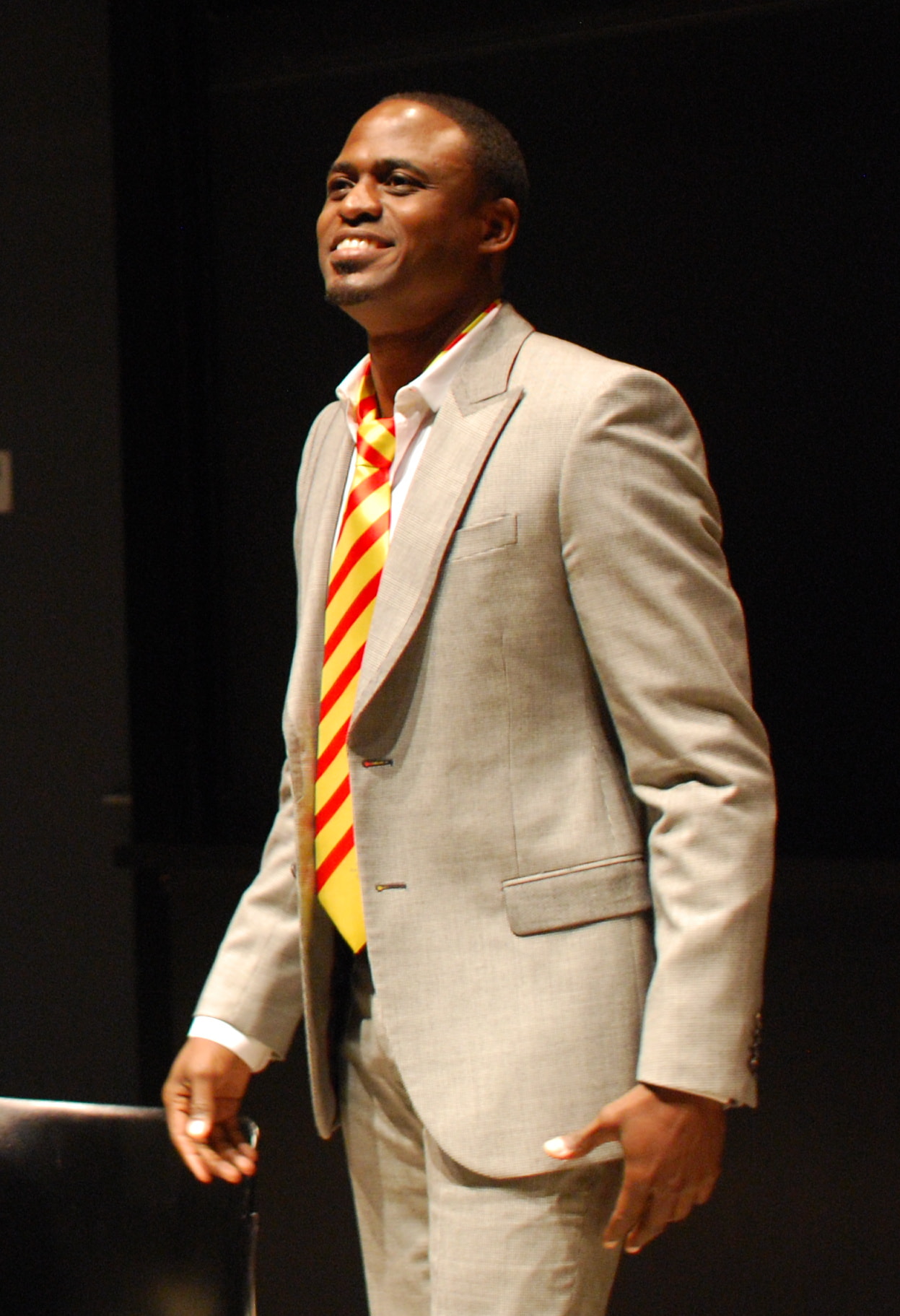 Wayne Brady screamed at my sister for taking his picture in Vegas. She wasn’t taking his picture, he walked into the shot. He freaked out, screaming that he wanted her to show him that she was deleting it. She was trying to explain she didn’t even know he was there and showed him the picture that only had a sliver of him in it when she looked through the shots. He continued to berate her about not respecting his privacy (in the middle of the Strip). She was in tears apologizing for doing nothing wrong, and he never acknowledged he was in the wrong and continued to badmouth her as he stormed away. Can’t watch him anymore.