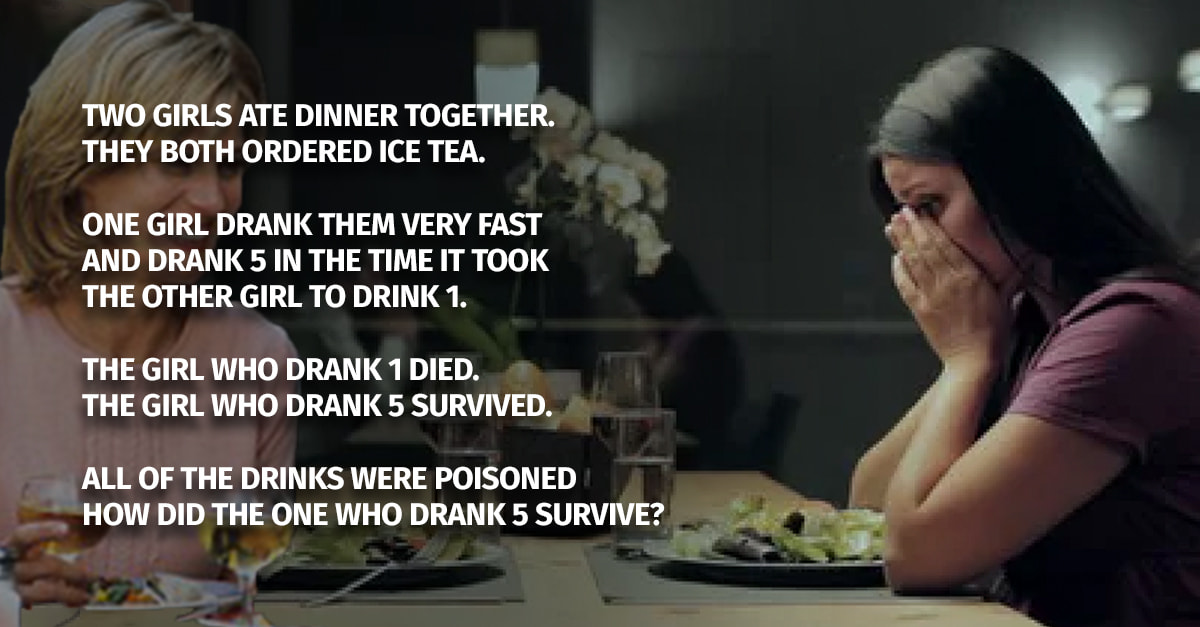 Murder Mystery Riddles That Will Leave You Stumped and Chilled
Be prepared to be challenged and terrified. 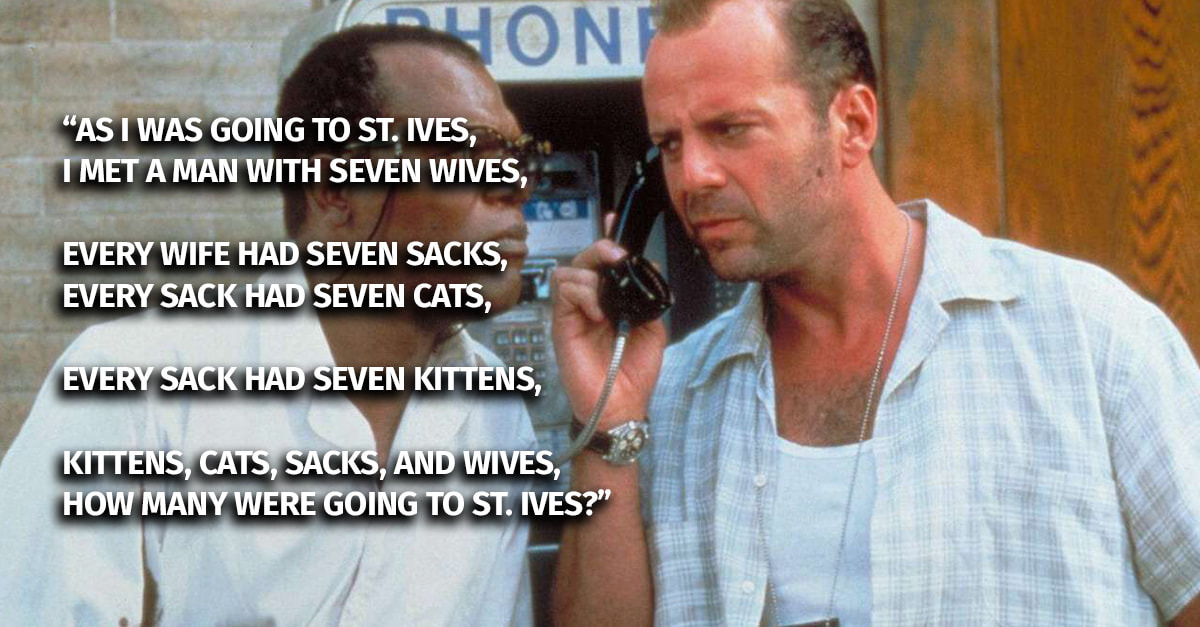 Challenging Riddles From Movies That Will Stump You All Day
Put on your thinking cap and see how many of these movie riddles you can solve. 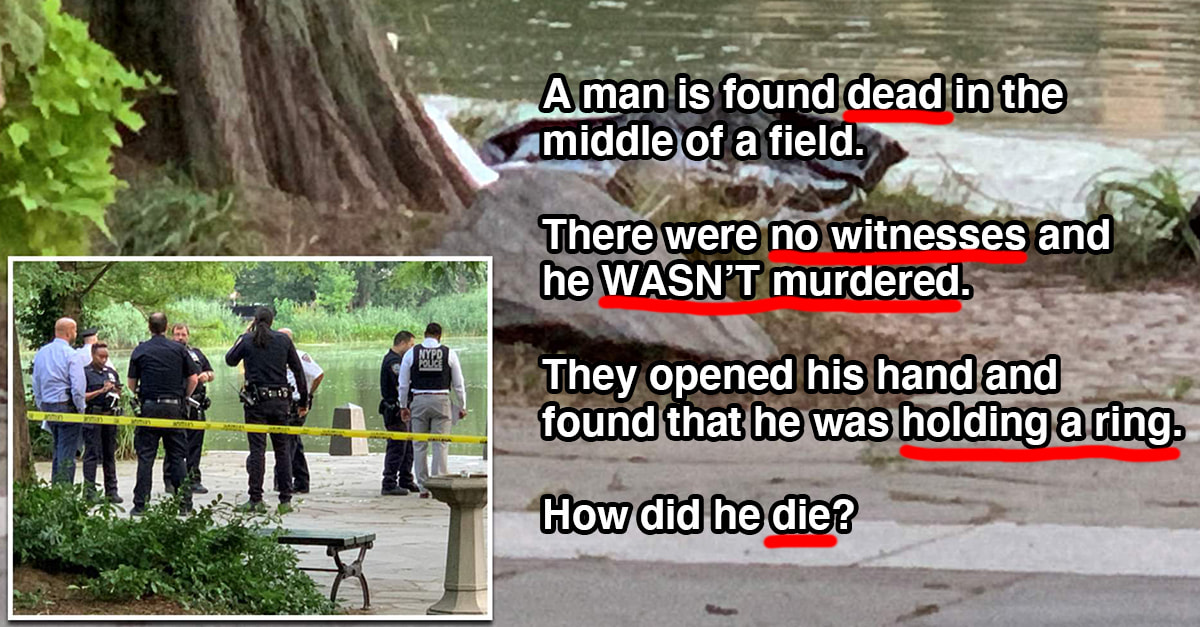 Advertisement
Share
Advertisement
Read This Next
You'll Thank Us Later For These 'Monk' Memes
In the time of corona, 'Monk' memes have never been more appropriate.
Mind-Boggling Riddles That Are Actually Incredibly Simple
Can you answer these easy riddles?
Advertisement
You May Also Like

Riddles That Will Have You Banging Your Head Against the Wall
Try not to hurt your brain (you know, from all that wall-banging) solving these head-scratchers. 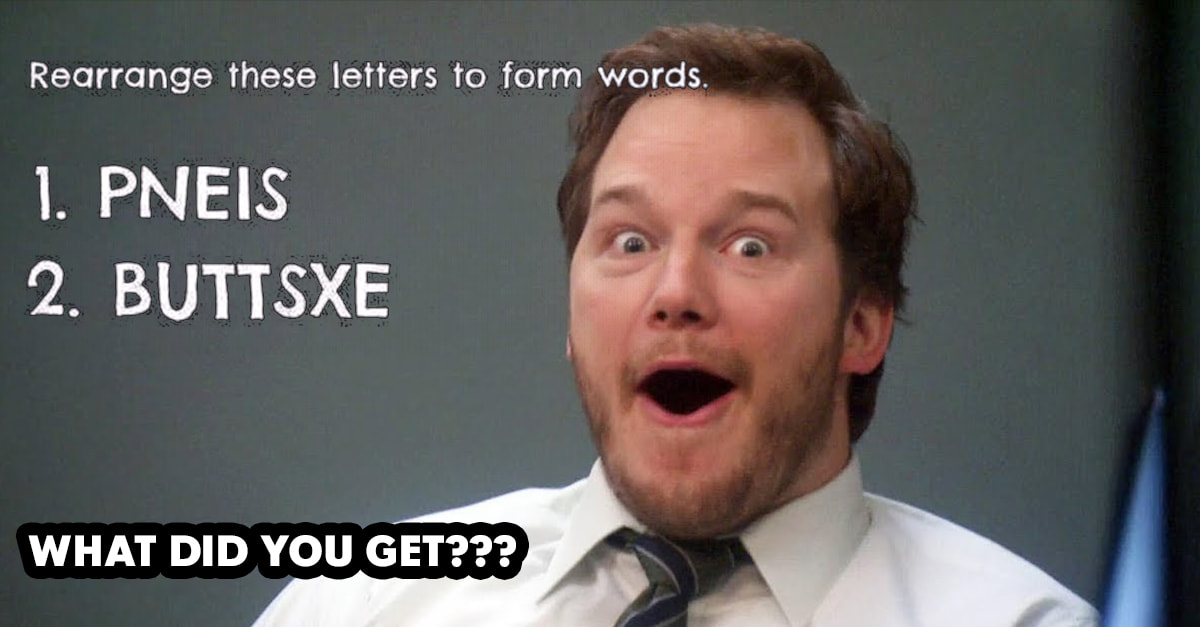 Hilarious Riddles For Dirty Minds
Is your mind in the gutter? Then you'll love these dirty riddles. 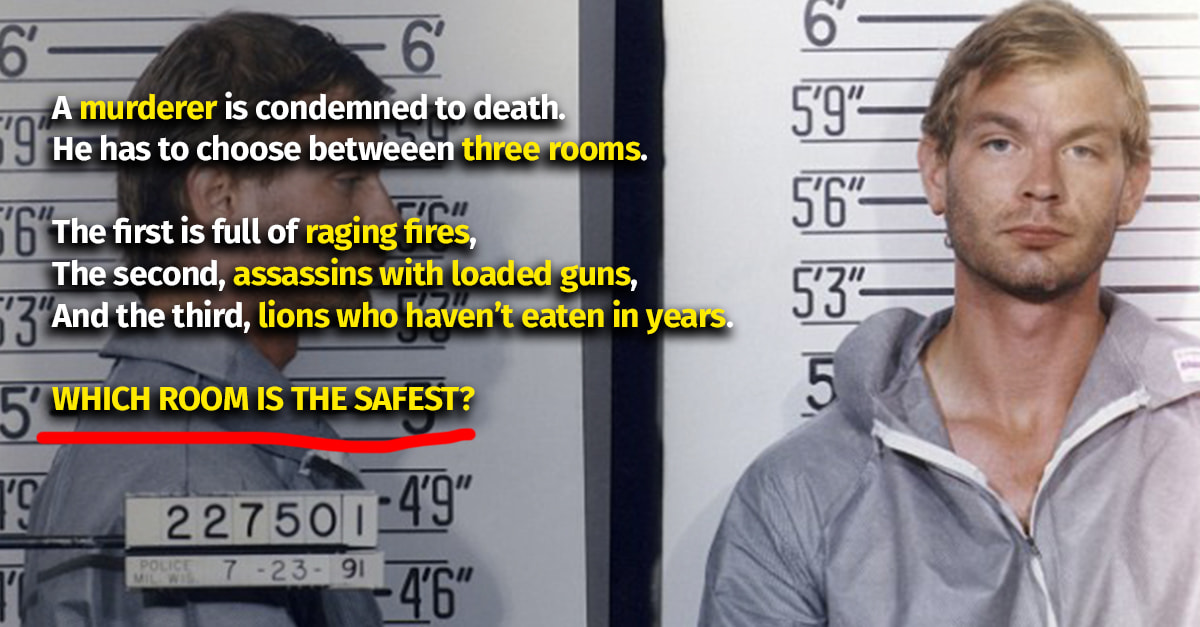 Spine-Tingling Riddles That Will Terrify Your Brain
We double dare you to solve these riddles in the dark.
Advertisement

Are you ready for some more dark mystery riddles? Riddles are challenging enough, but these are especially tough because they're so bloody, chilling and sometimes even scary that you'll have to try and use your brain while covered in goosebumps. So go on and see how you do. If you can solve even half of these, then you're on your way to becoming a world-renowned sleuth. 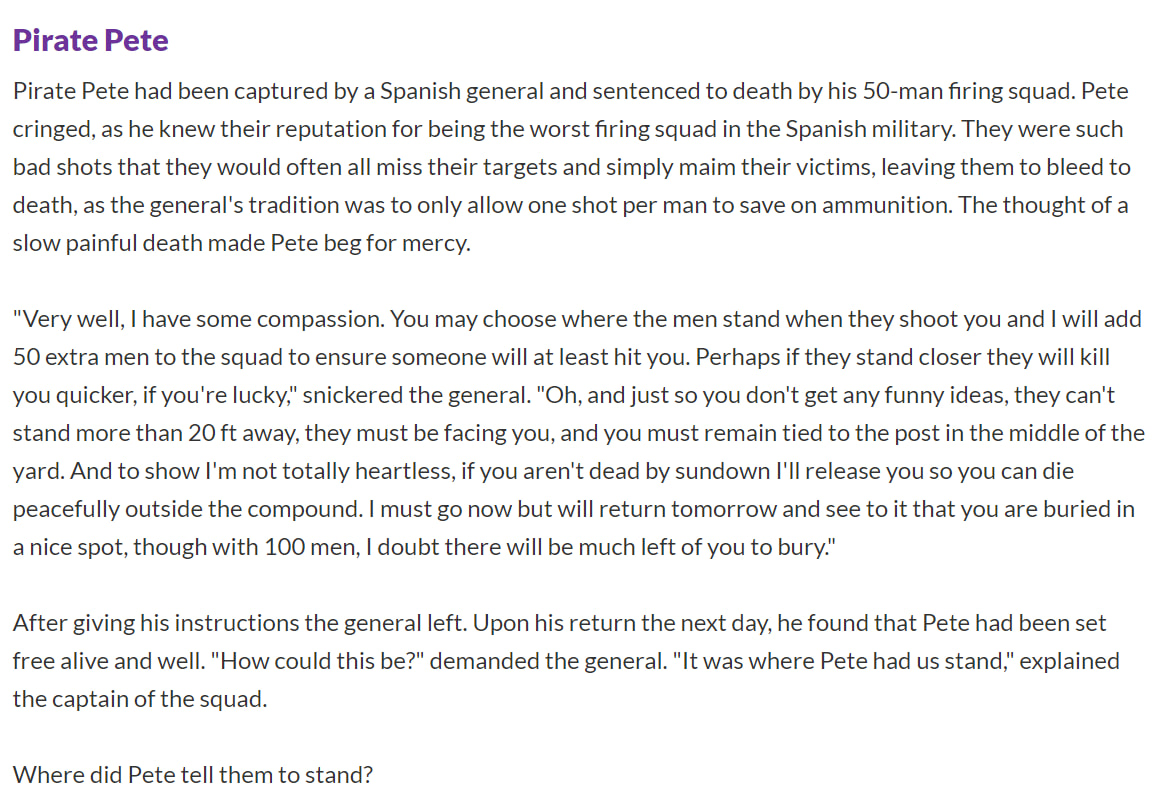 6. Killed In A Plane Crash

7. The Most Powerful Poison On Earth 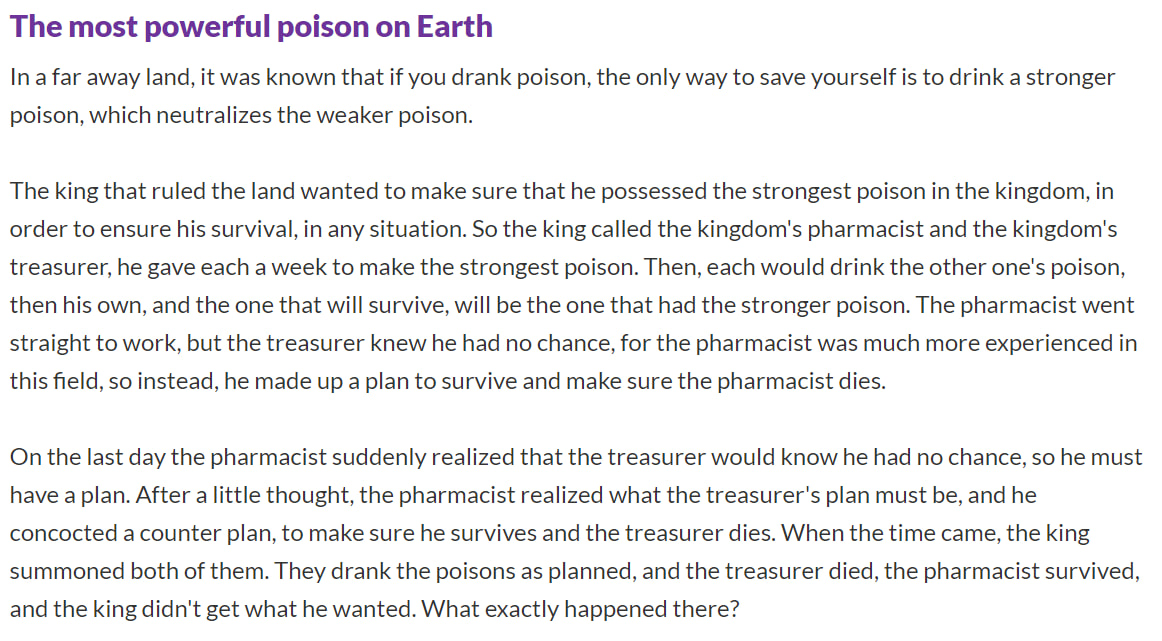 9. Dead In Water And Glass

13. Can Only Live Where There Is Light 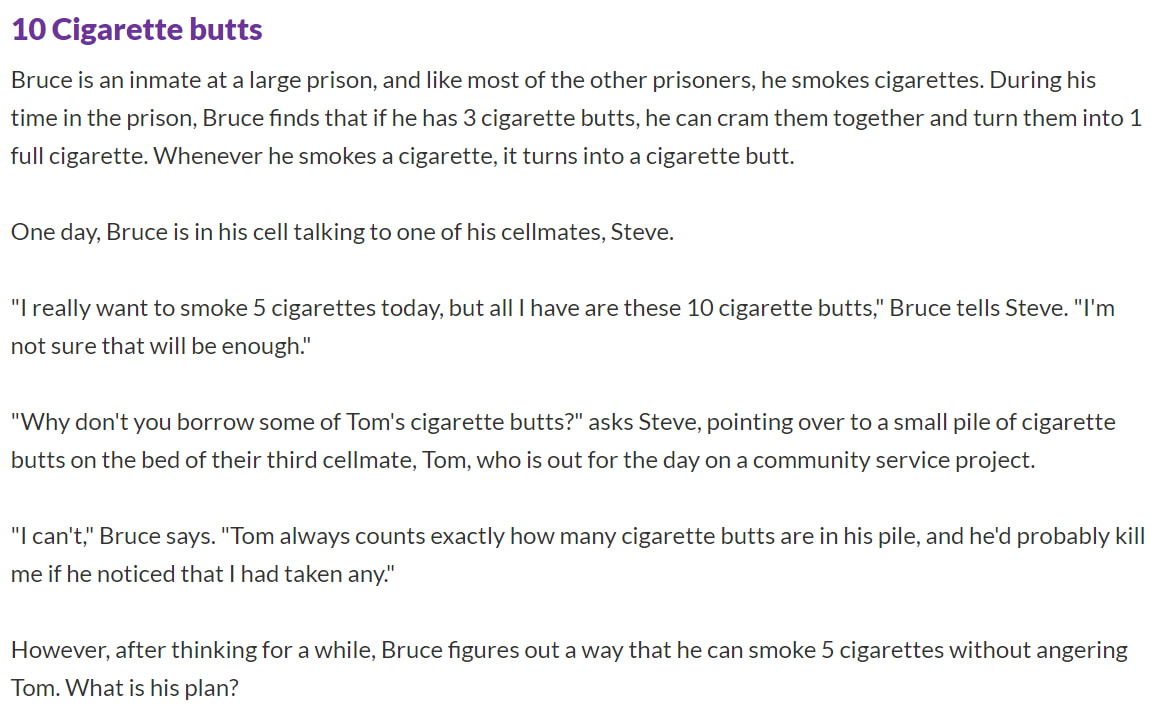 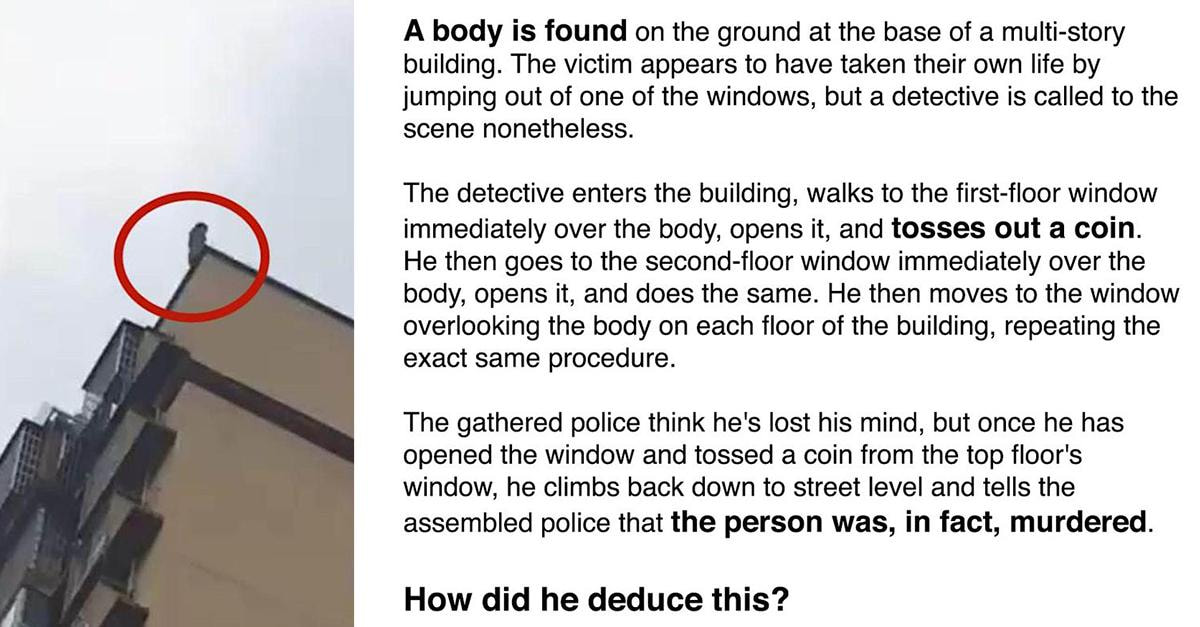 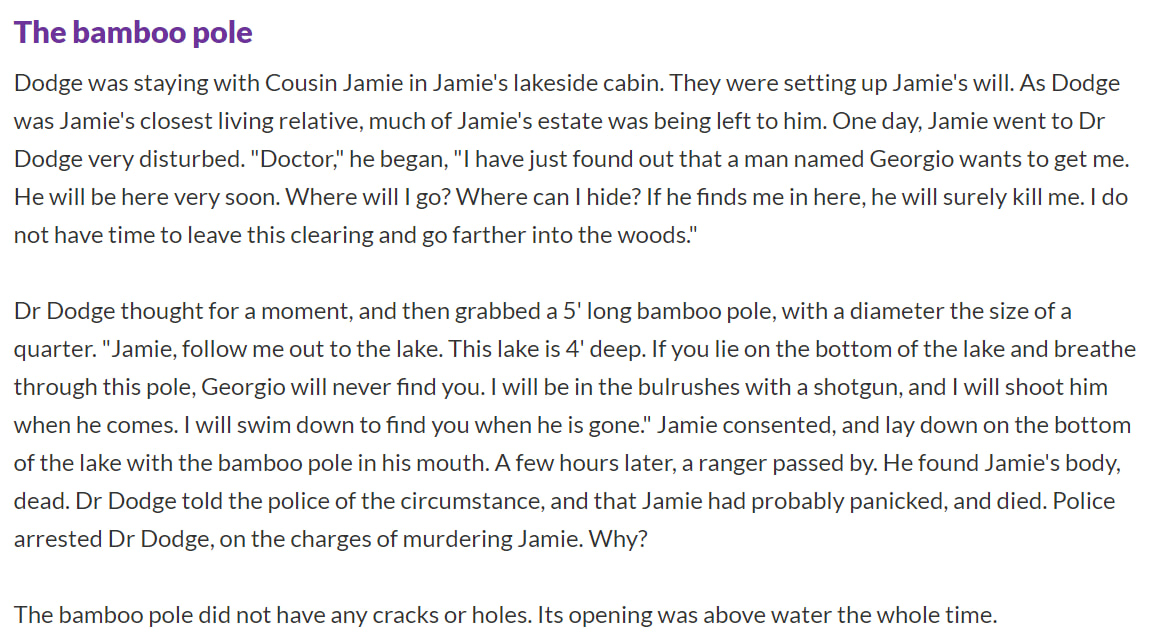 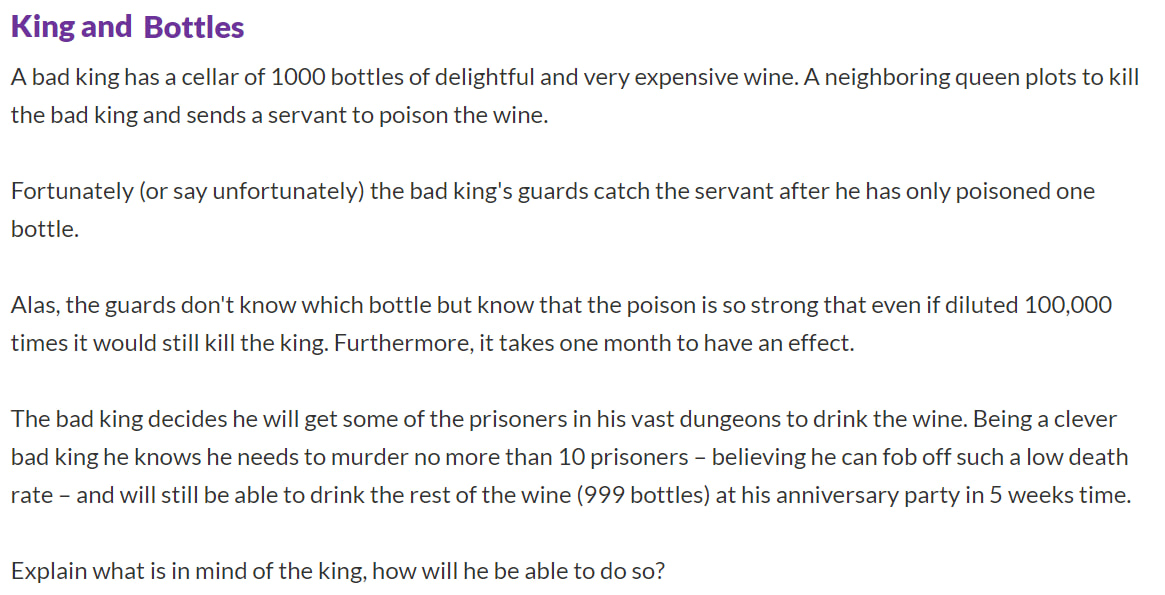 26. Only The Husband Returned 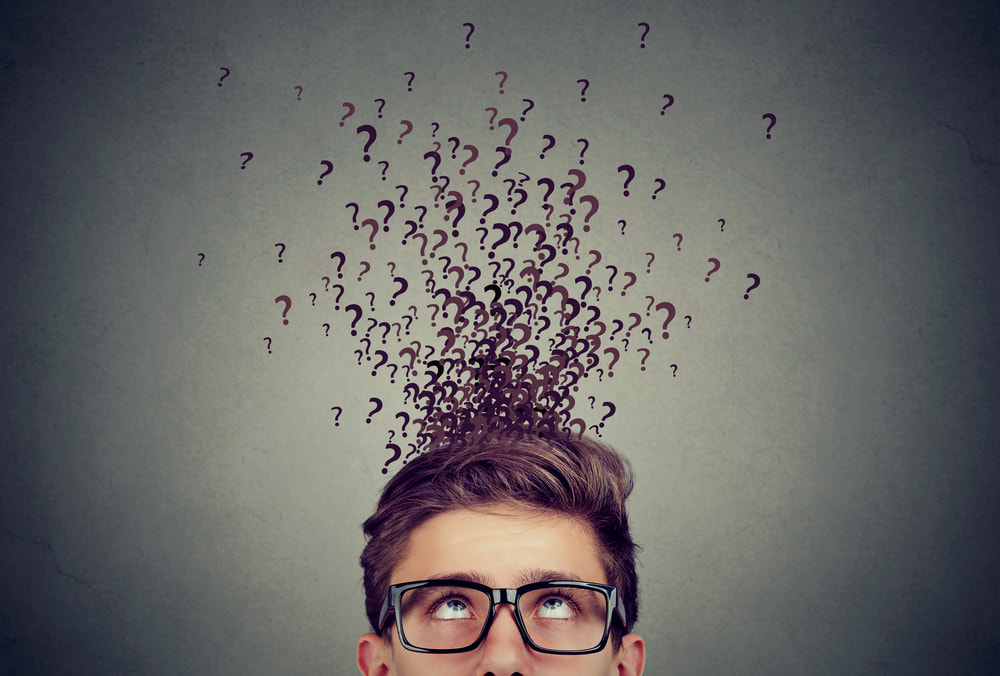 1. This is part of the story of Oedipus, who replied to the Sphinx, "Man, who in childhood creeps on hands and knees, in manhood walks erect, and in old age with the aid of a staff." Morning, day, and night are representative of the stages of life. The Sphinx was so mortified at the solving of her riddle that she cast herself down from the rock and perished.

2. 73rd person will survive at last. If the number of players is the power of 2, the last person to survive will be the one who started it. But since the number here is not the power of 2, we will take the greatest power of 2 that is less than the number of players (100) which is 64. So when starting with 100 players - we need to kill 36 of them to get down to a power of 2 (64). Since we kill every other person starting at player 2 the last person we need to die is player 72, they will be killed by player 71 and the first person in the effective power of 2 game, who will win is player 73.

3. Pete told them to form a circle around him. All the squad was facing in at Pete, ready to shoot, when they realized that everyone who missed would likely end up shooting another squad member. So no one dared to fire, knowing the risk. Thus at sundown he was released.

4. You must shoot the panther and drive off in the Jaguar (cause it's a car).

5. The maid, because they lived in a circular house and she was apparently "dusting the corners" of the house at the time of the murder - the house is round, therefore it has no corners.

6. Ask any of the trolls this question. "If I were to ask the other troll which is the door to Heaven, which door would he point to?" Now when the troll answers by pointing to one of the doors you simply take the other door.

8. He was fired for sleeping on his job.

9. Romeo and Juliet are fish. A passing train rattled the shelf their tank was sitting on and knocked it off of the shelf. The tank broke and the fish died from being out of the water.

15. None of the windows were left open. If the person jumped, who closed the window?

16. The chef. Mr. Brown was killed in the afternoon and yet the chef claimed he was making breakfast?

18. She killed her sister hoping to see this man at her sister's funeral.

19. Mr. Thomas as he cannot be checking exam papers on the first day of school.

21. The man was flying in a hot-air balloon with another man over the desert. The balloon started to go down because of excess weight. Both men would die if they ended up stranded in the desert, so they stripped down to their underwear and threw their clothes off the balloon to try to reduce the weight. Unfortunately, that didn't work well enough. So they drew straws to decide who would jump. The dead man pulled the short straw and jumped out of the balloon.

22. Did anyone ever mention that the plane was crashing? No one's gonna die.

23. Jamie died of carbon dioxide poisoning. The pole was 5' long, but only the size of a quarter. The first time he breathed in, he breathed oxygen. When he exhaled, the air could not travel 5' before he breathed in again. He was just breathing what he exhaled. Before long, all he was breathing was carbon dioxide. He died of CO2 poisoning. Doctor Doge was the one who told him to use the pole, therefore the cause of his death. Dodge is a DOCTOR, and therefore knows about the CO2. Dodge did murder Jamie. His motive: the money in the will.

24. When they looked up the word "Panda" in the dictionary, it stated, "Panda: Eats shoots and leaves."

27. He never ask the cop where the scene of the crime was so they knew that he had murdered his wife.

28. Alexander picks up a piece of wood and lights it from the fire on the west end of the island. He then quickly carries it near the east end of he island and starts a new fire. The wind will cause that fire to burn out the eastern end and he can then shelter in the burnt area. Alexander survives the fire, but dies of starvation, with all the food in the forest burnt.

29. The scientist's office faced East, and the sun was coming in through the window at a very low angle. He saw some very faint shadows on the surface of the envelope. He looked closer. There were the words embossed on the paper. They read "Happy Birthday, Friend."The ex-boyfriend had forgotten that a pencil leaves an impression on paper beneath the page written on.

image courtesy of pathdoc via Shutterstock