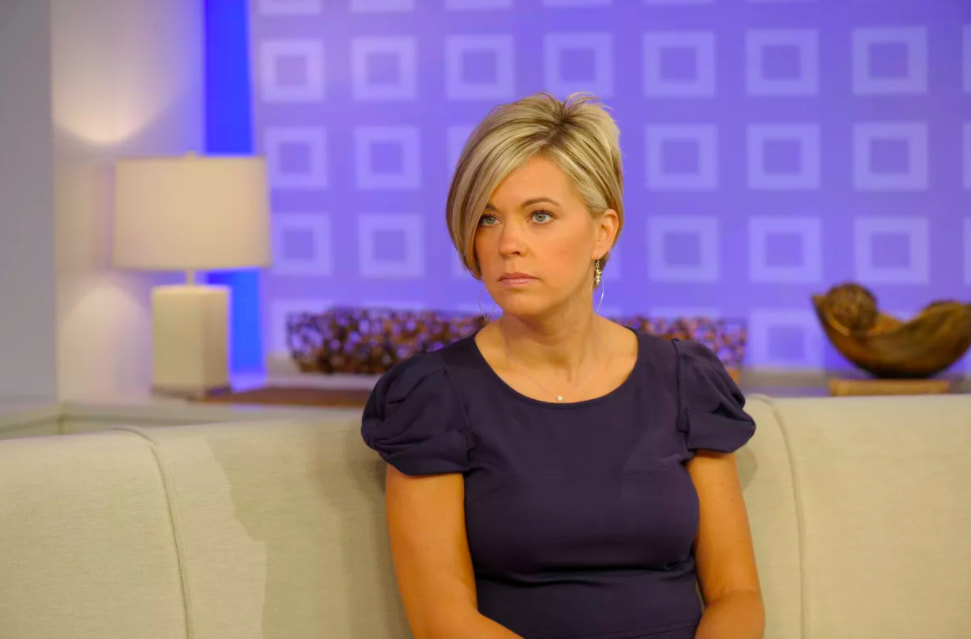 Here's How Karen Memes Have Created An Actual Movement

Because of memes, you're probably not gonna find a lot of babies being named Karen in 2020. 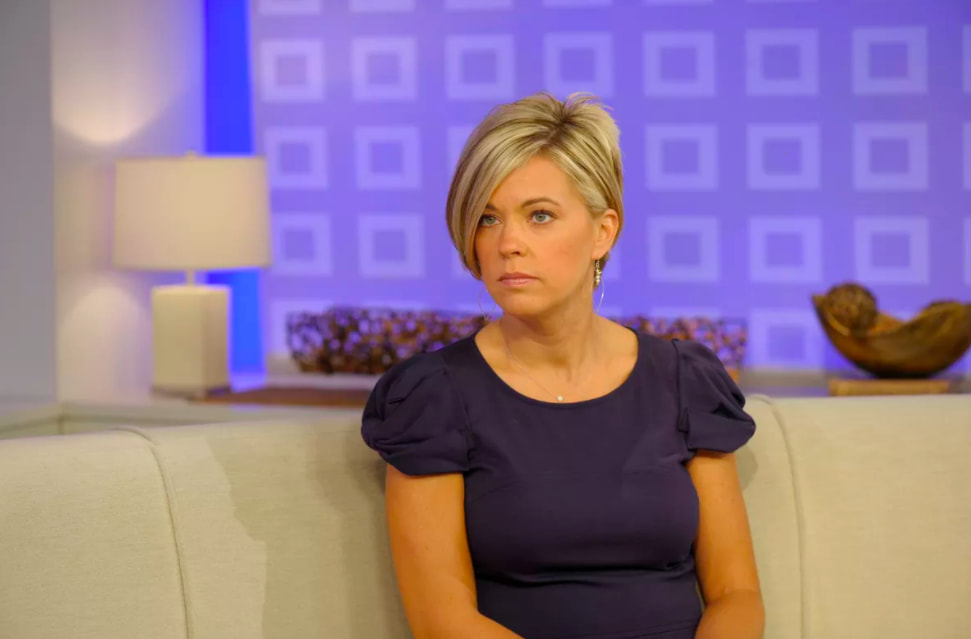 You know who this is. It's Karen. We all know Karen.

If you've met a person named Karen in real life, they've probably had to stop and explain, "But I'm not like THAT."

Because everyone knows what they mean when they say they're not "like that." They're not like those other Karens out there. The ones that the Karen memes talk about.

In case you don't know, here's where it all began: 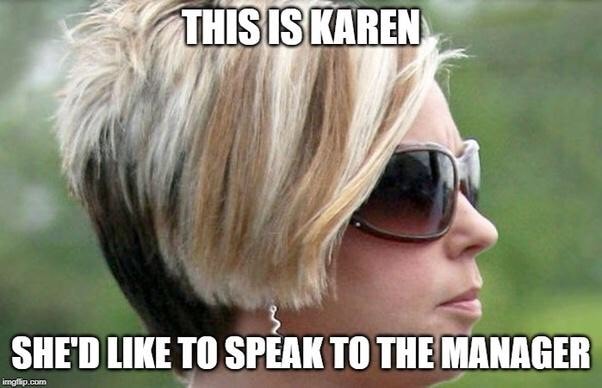 Here's the typical profile of a Karen.

She wants to talk to a manager.

She wants to tell your her food is cold.

She's the person that you wake up after having a nightmare dreaming about if you work in food service, the retail industry, or serve people in any degree.

The internet sensation seems to have its roots in the popular Mean Girls quote, seen above. From there, it took off, slipping into other fandoms and scenarios, like memes (and particularly Karen memes) tend to do. 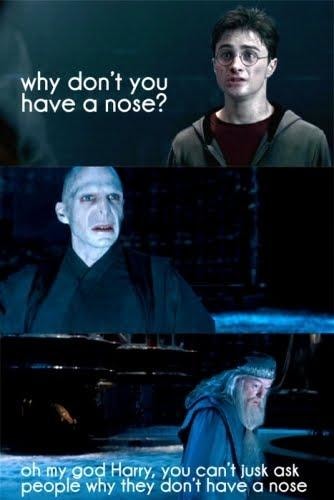 No stone went unturned when it came to the Karen + Mean Girls crossover. 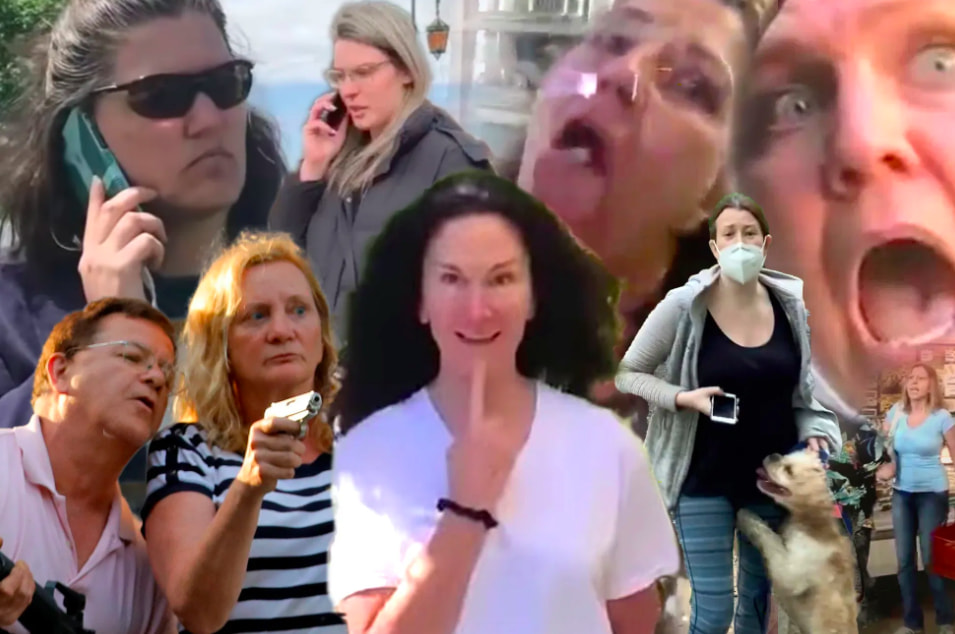 While the Karen meme started off as a more or less playful way to point out the ridiculous behavior of a certain archetype of women, it slowly, and then very quickly, transformed into something bigger than that.

If 2020 hasn't brought us enough, it's also brought us: the Super Karen. Gone are the days when Karen just asks for a manager. The days where Karen publicly, belligerently, and offensively explodes with privilege are now upon us. Yes, she's out there asking for a manager, still.  But that's just a regular Karen: 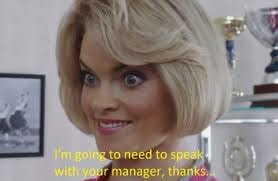 The Super Karen is a new breed. It essentially goes without saying that the Super Karen has always been around. Now, though, we're just paying attention. We're not putting up with Super Karen anymore. And that's largely thanks to the internet, and Karen memes.

One video that spurred on the identification of Super Karens was captured in May, in Central Park. 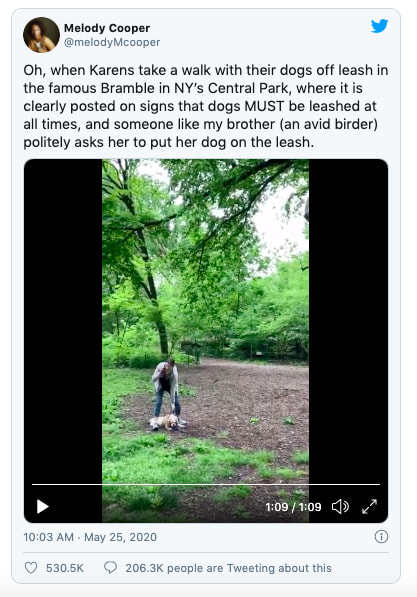 When asked to put her dog on a leash by a polite man, this Super Karen, to make a long story short, loses her mind. This sense of entitlement is a classic Karen trait; it's unthinkable that something so unreasonable could be asked of her.

Pair a regular old, "Can I speak to your manager" Karen with COVID-19 and the Black Lives Matter movement, and you've got a whole new monster on your hands...and a whole new set of Karen memes.

There are the Karens that refuse to wear a mask, for instance: 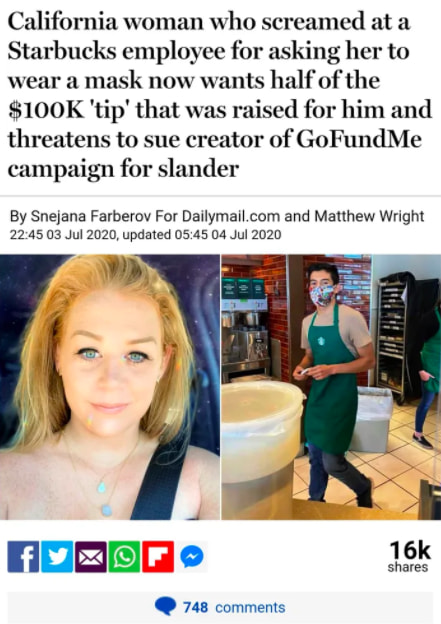 Furious Karens yell and throw their grocery baskets when being calmly asked to wear their masks. But because people now know how to instantly spot a Karen (thanks to all those Karen memes), these moments don't go unnoticed. They're documented, and blown up on the internet, via memes. Karen, who has been safe under a blanket of entitlement for so long, has begun to get filmed (and memed). And people do not like what they're seeing.

Another Karen, with her partner, Ken, made news for arming themselves in St. Louis to fend off protestors. 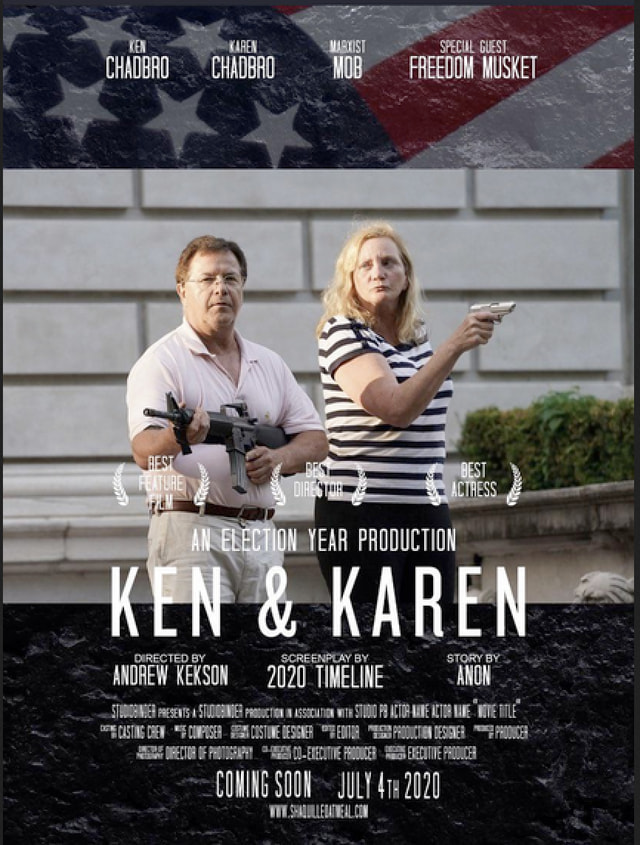 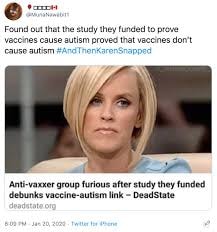 #AndThenKarenSnapped is a hashtag that's taken off this year, powering the movement forward and revealing how social media can bring awareness to an issue.

Story after story has taken to the news. This one in particular highlighted the role of Karen in the BLM movement, although there are many others that show the same racist behaviors. 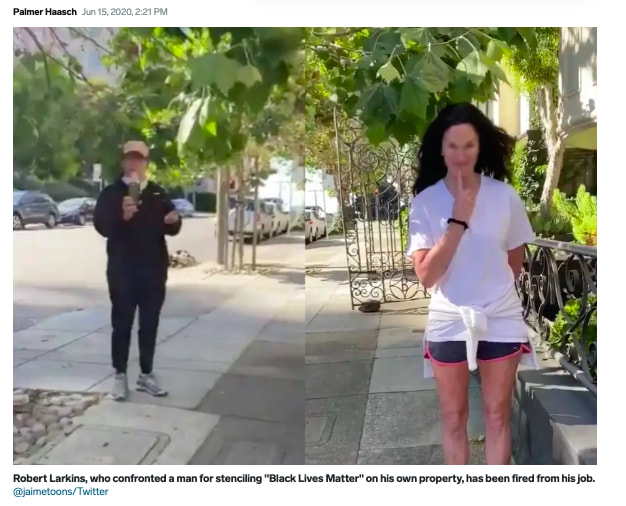 This Karen was caught on camera by James Juanillo, who was stenciling Black Lives Matter outside of his own home. Karen asks Juanillo if is he's vandalizing the area, and if he lives in the neighborhood, while evidence now says that she knew very well that he was the resident. Instead, she lies and says she knows the person who lives there, and that it wasn't him. She threatened to call the police.

The internet, and people at large, are no longer having it with incidents like this. Not only was Karen fired from her job, but the man standing behind her in the video, her husband, was also fired from his.

These Karen memes aren't just calling for change to happen online. They're asking to change the conversation offline, to document injustices, and push for consequences for unruly, abhorrent behavior. Without the Karen memes, we'd still know that these actions are wrong. But with them, it's a movement.

Share
Read This Next
1
Here Are Some Feel-Good Memes Because It's Been a Rough Few Months
Need a pick me up in the form of some feel-good memes? Here you go!
2
Birthday Memes Because Remember When We Could Celebrate With Friends?
We used to have friends together, in a room, to celebrate another year around the sun. Now we just have birthday memes.
3
Memes About The Presidential Race Cause We Just Want It Over
Where do Biden and Trump stand in the presidential race? Let the memes show you.
Advertisement
Read This Next
Cobra Kai Memes That Strike First and Strike Hard
Nat Baimel | Pop Culture
More Millennial Memes, Because Why Not?
Lindsey Gentile | Lifestyle
These Rihanna Memes Shine Bright Like A Diamond
Lindsey Gentile | Pop Culture
These Hilarious Memes Are For Those Of You Who Have Mastered The Selfie
Lindsey Gentile | Technology
Advertisement
More Ridiculous Weed Memes For Those Who Are 420 Friendly
Lindsey Gentile | Lifestyle
Here Are Some Memes About New Mom Katy Perry That Will Make Your Roar
Lindsey Gentile | Pop Culture
Driving Memes That Will Fill You With Secondhand Road Rage
Nat Baimel | Funny
History Memes For All You Buffs Out There
Nat Baimel | Awesome
Advertisement
Memes From Dummies That Thought, 'I Am Very Smart'
Nat Baimel | Fails
You May Also Like 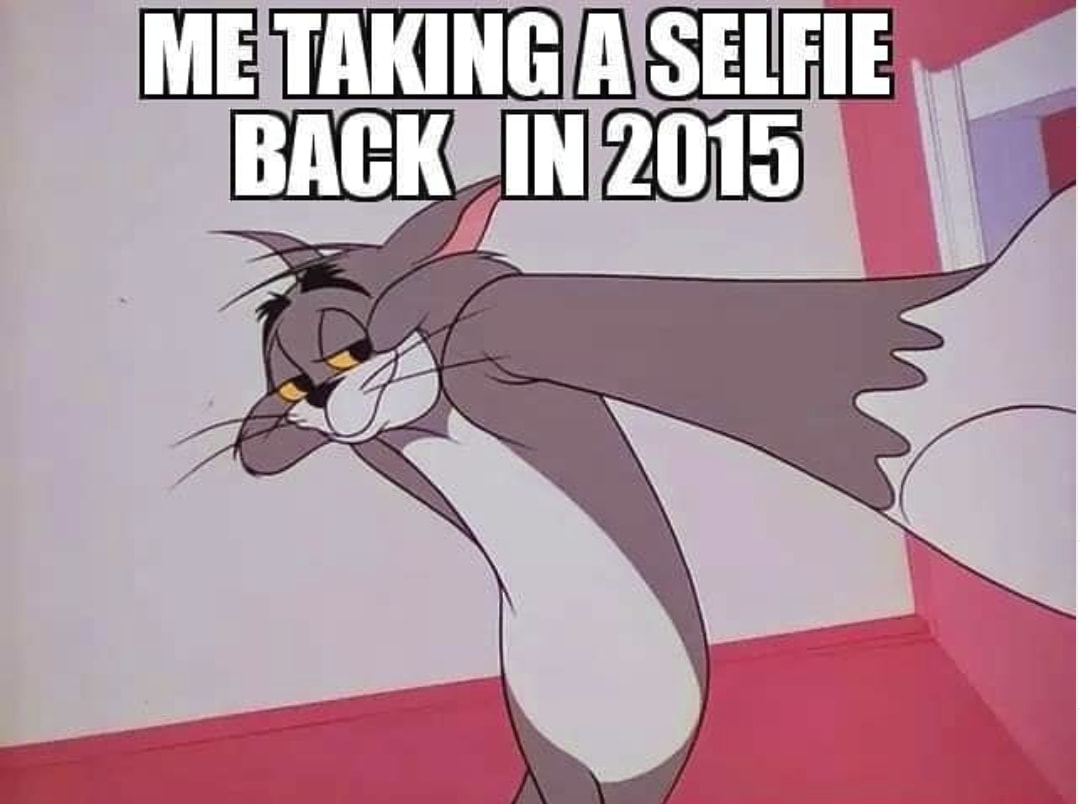 These Hilarious Memes Are For Those Of You Who Have Mastered The Selfie
Because we all know that one hundred attempts at a cute selfie equals one good selfie. 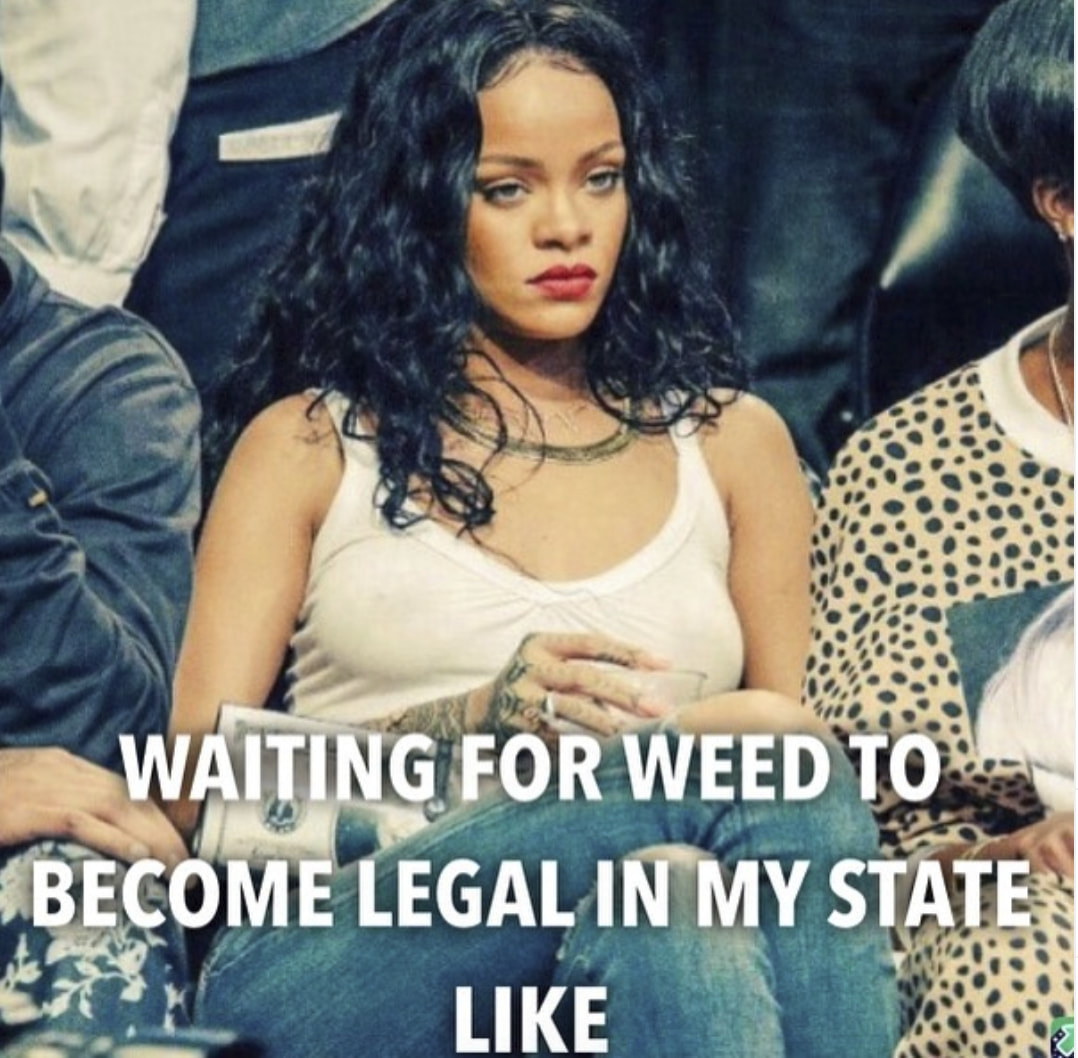 More Ridiculous Weed Memes For Those Who Are 420 Friendly
Light one up and let's dive in to some weed memes, shall we?

Here Are Some Memes About New Mom Katy Perry That Will Make Your Roar
Whether you love her or hate her, you can't deny that Katy Perry is kicking ass at life.